good morning!  were on our way to the DMZ (September 8th - morning) 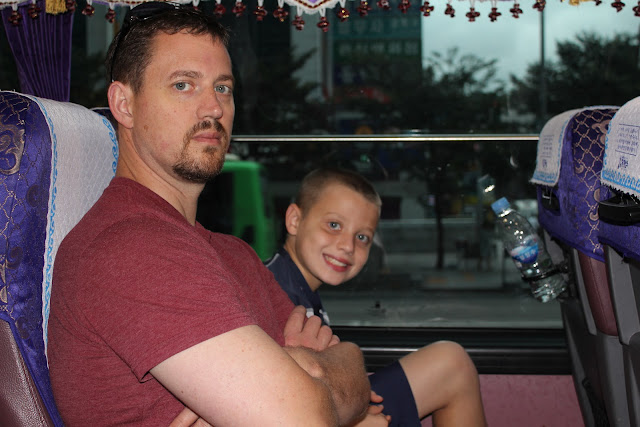 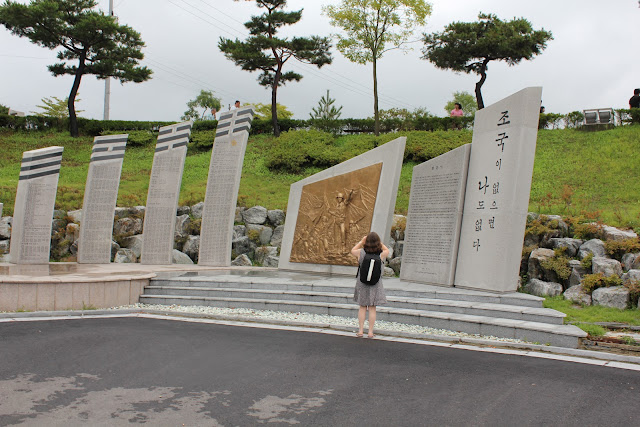 This is a Korean War memorial.  This is located ata  park near the DMZ.
This is where Nick had several Chinese guys want to take a picture of him.  Strange we thought?!  Maybe there aren't many bald white guys in China?!?! 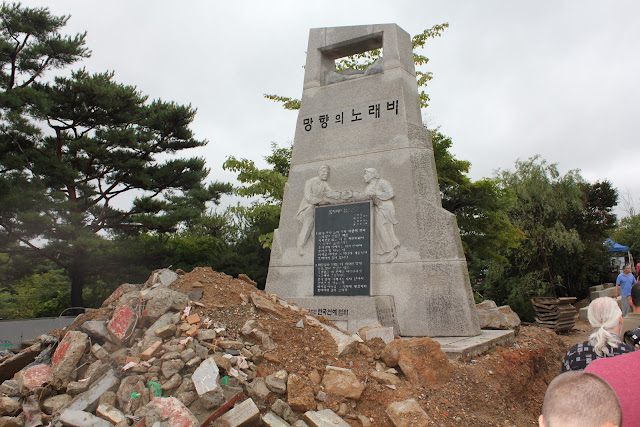 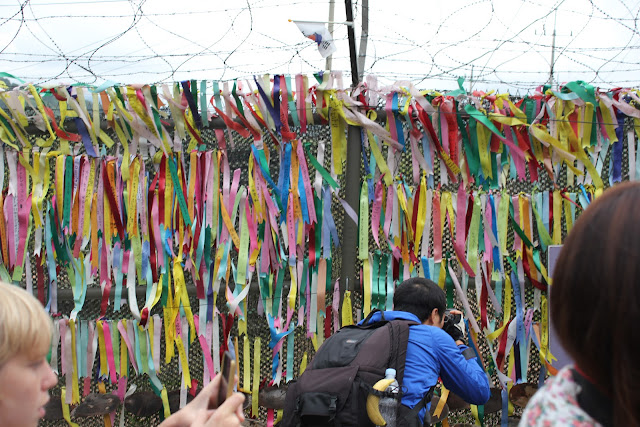 A fence of ribbons.
﻿ 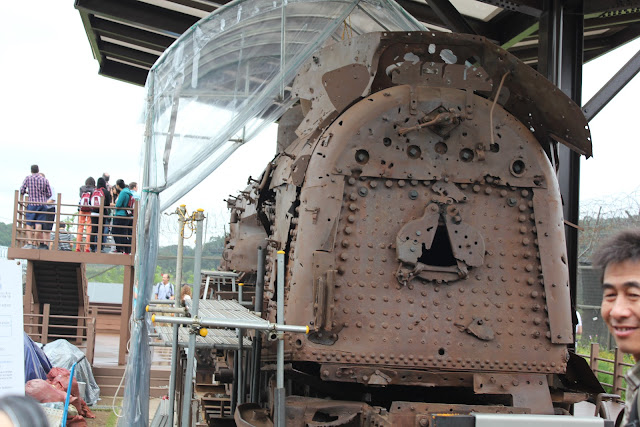 A train that the North Koreans bombed.
﻿ 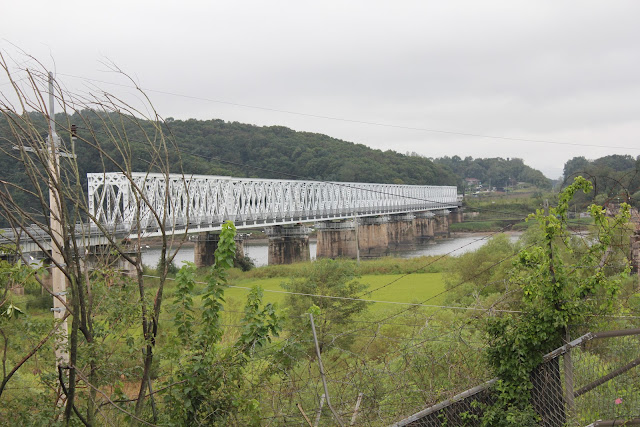 This is "Freedom Bridge" which is a bridge connects a train from Seoul to Pyeongyang, North Korea.  It was built in hopes that the countries would be able to reconcile and resume travel between them. 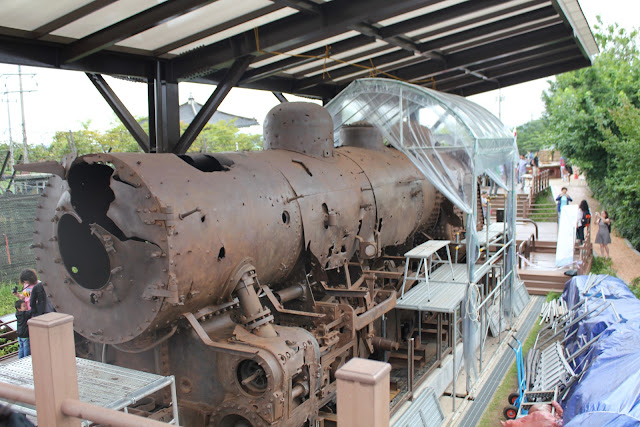 Maore photos of the bombed train.
﻿ 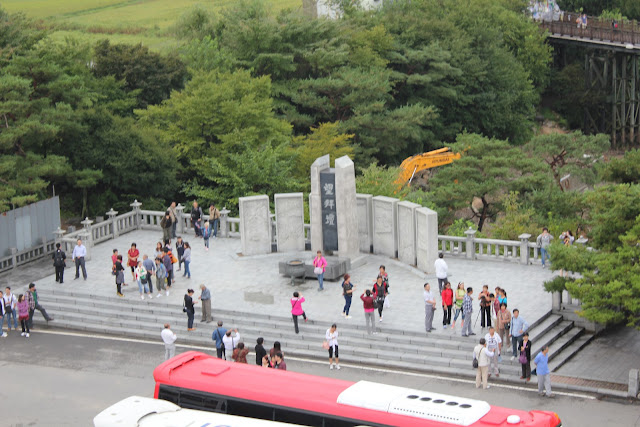 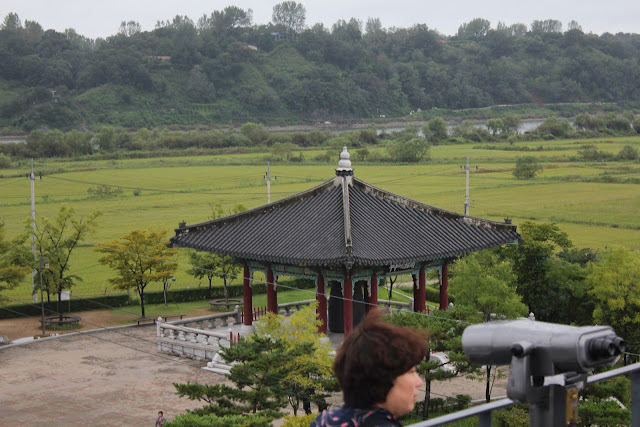 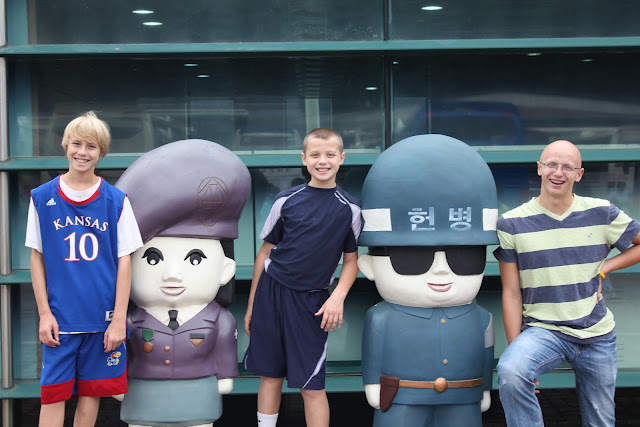 A photo-op just outside the DMZ.  Cute boys!
﻿ 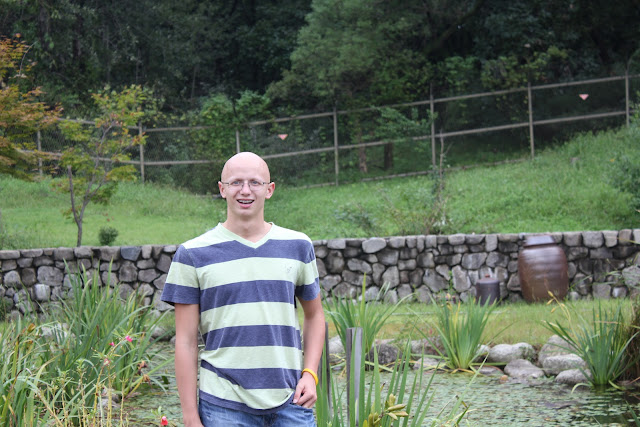 A garden area outside the DMZ. 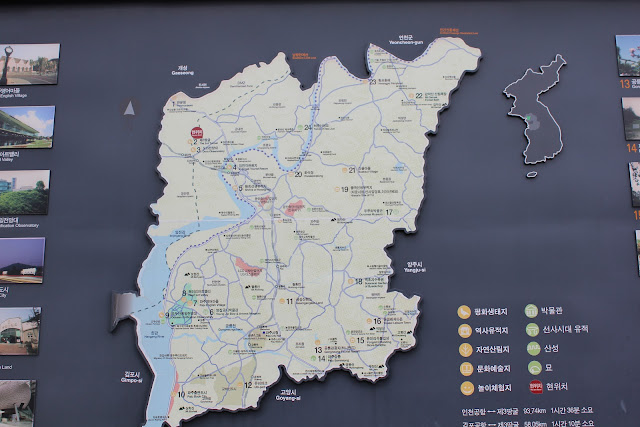 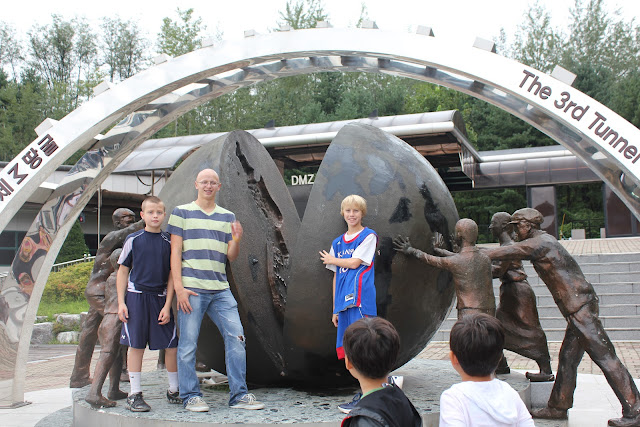 This is a memorial that shows the desire for re-unification of both Koreas.
﻿ 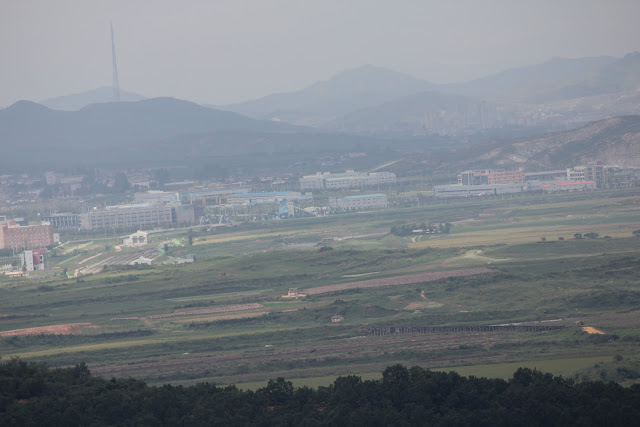 This is a photo of North Korea.  Drew was on Nick's shoulder trying to get this shot.  You could only get this photo from one certian place becasue if you crossed a certain line your camara would be confiscated and your photos erased!  Bravo for the great photo boys!
The guys also went into the tunnels dug by the North Koreans but photos were prohibited there.  Mark said the tunnel was large enough to move 30,00 troops into Seoul in one hour.  They were discovered when a defector reported them to the South Koreans.  The guys said they were very interesting.
Thats the DMZ...or what I was told about it!  I was at Pororo park instead.
Posted by Noel at 7:28 PM