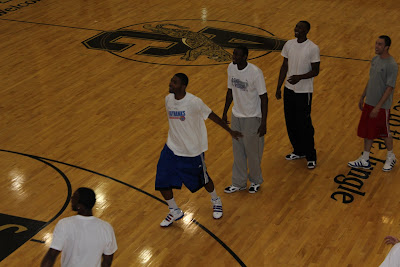 Drew attended a basketball camp where he got to interact and play with players from KU and K-state. He didn't care so much about the k-state players, but he was enamored with the KU players. Here are some photos of his fun!!
Marcus Morris is the first one in line and Brady Morningstar is last. 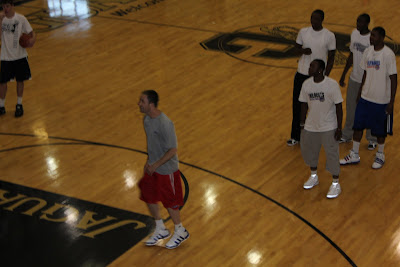 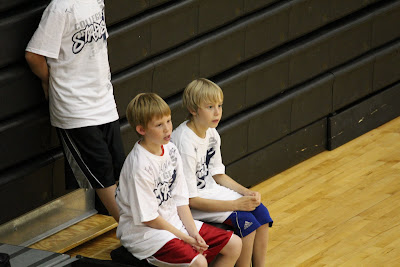 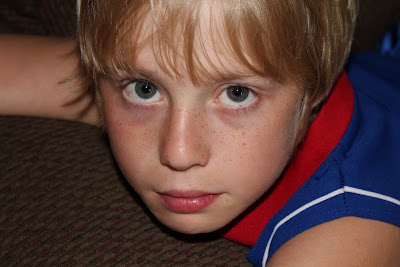 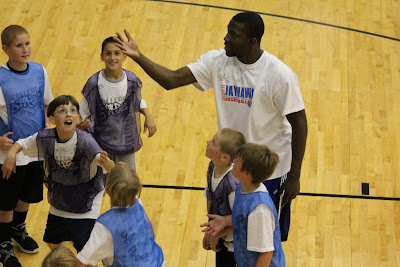 KU's Mario Little playing around with the kids
The video is of Drew's team going against the college all-star team in a game of Bananza.
The all-stars won. It wasn't really fair, but it was fun!
Posted by Noel at 9:12 PM