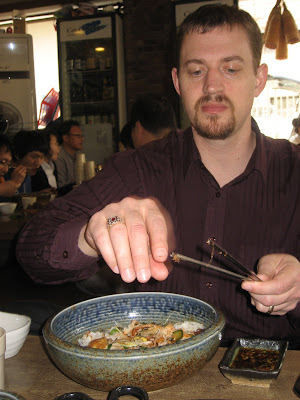 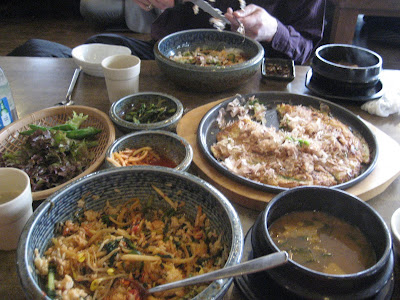 Here was out whole meal. We had no idea what we were eating. (we knew there was seafood involved) We had no idea how to eat it, and there were no forks!!! The lady at the restaurant showed us how to combine all of it to make a meal, and what to use as dip. It was good lunch! 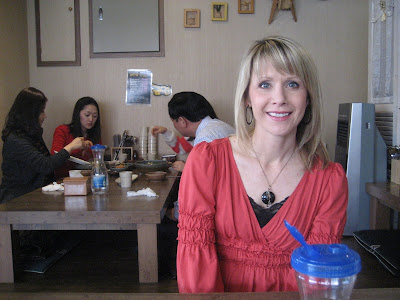 As you can see, we sat on the floor on a square, blue pillow and left our shoes at the door. My husband was a little big for that small table!! 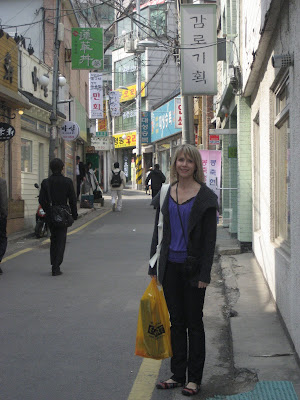 A backstreet in Seoul. Yes, this was street, despite the fact that it looks like a bike path! 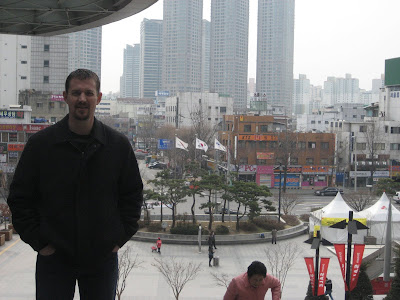 A plaza overlooking the city 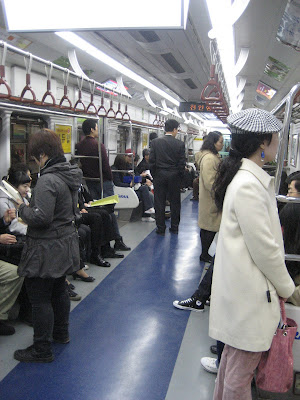 We spent a good protion of the morning navigating our way through Seoul using the Subway system. We weren't very fast, but we never got lost! It was really fun exploring the city. We did find a great store called e-mart (like a small wal-mart) where I spent nearly $8 on deoderant. (YIKES!) 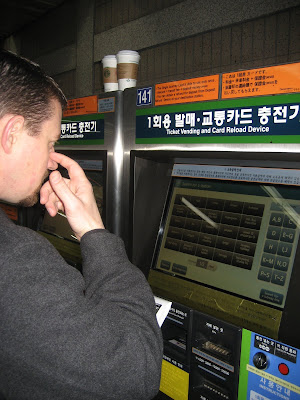 Here we are buying our Subway Tickets. This machine had an "English" option. When we bought our return tickets, the machines were strictly in Korean, and we were completely lost, but we were saved by a very nice Korean woman who spoke English and she helped us buy the right tickets so we could get back to the Hotel.
Posted by Noel at 2:08 AM