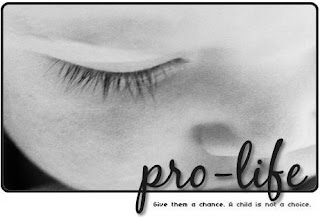 I read an editorial written by Tim Rutten of the Los Angeles Times entitled “The choice on abortion: rhetorical recklessness or civil expression.” In it, Mr. Rutten tries to convince his readers that proclaiming abortion to be murder is “verbal extremism” and “has consequences.” In the article, he attempts to place the blame for Dr. Tiller’s murder on the influence of “inflammatory rhetoric.” He claims this may have encouraged America’s “socially marginal and unstable,” who were attracted to the movements “verbal absolutism,” to commit murder.
I am alarmed that the truth about abortion is now viewed by some as “verbal extremism.” While I do not condone the murder of Dr. Tiller, the constitution still protects the right to say that abortion is murder and that Tiller's practice was morally wrong. Every cause has extremists who do not represent the ideology of the majority, but Mr. Rutten has used this glaring generality to insinuate that the rhetoric of the pro-life movement has caused the death of Tiller simply because they revealed the truth of what he did behind closed doors. The truth is upsetting and is not always welcomed, but it cannot be blamed for the murder of Dr. Tiller. The responsibility for the murder of Dr. Tiller falls upon the shoulders of the midguided individual who committed this crime, not the entire pro-life movement.
Click here to read his editorial.
Posted by Noel at 4:11 PM