The Conlcusion of a Feminist 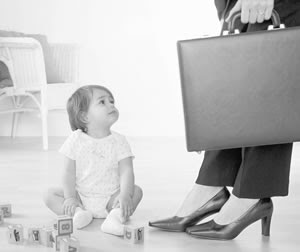 A pioneer in the feminist movement has come to a startling conclusion: women should stay home with their children while men go to work! It sounds ludicrous, but I’m not making this up. Erin Pizzy, one of feminism’s founders and the founder a refuge for victims of domestic violence in the UK has declared that the idea that women can have it all is a nothing more than a myth. Consider the following quotes which were published in the article entitled, “Feminist pioneer’s rethink: a woman’s place is in the home.”

Pizzy says, “I don't think anybody foresaw what that freedom of choice would do. It's imprisoned many women. They don't have a choice - they have to work hard and I just see an exhausted generation of women trying to do it all."

She also makes the following shocking statement, "I think the traditional way the family was run has been going for thousands of years and it works. What I see now is men disenfranchised from their roles. Women are lost because they now have to work full-time. They don't have a choice. There is no proper child care, there's nobody home when the children come home."

I would encourage you to read this compelling article. It won’t be a waste of your time.
Click here to here to read the entire article.
Posted by Noel at 7:32 PM