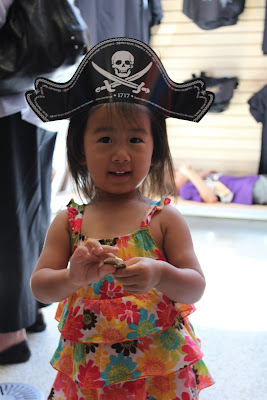 On day #3 of our vacation, we went to the Museum of Nature & Science.  We went through a special pirate exhibit they had on display.  There we learned about real pirates and saw treasures salvaged from a pirate ship that sunk over 300 years ago. 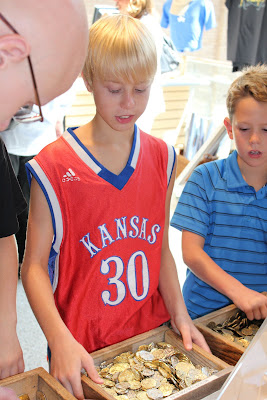 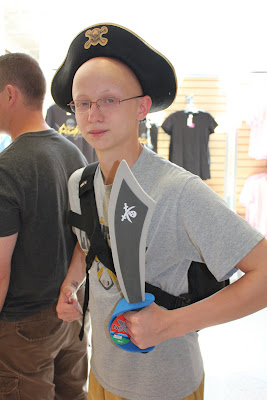 Nick tried on all the pirate stuff from the gift shop. 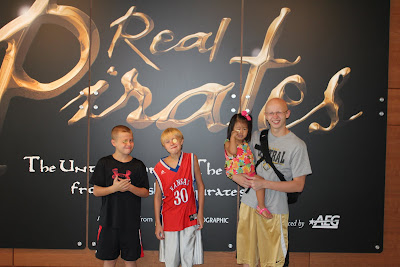 Here are all of my mateys.  Notice Jack, Drew, and Addie put their coins in their eyes and tried to act very pirate-like for the photo.  Very nice. 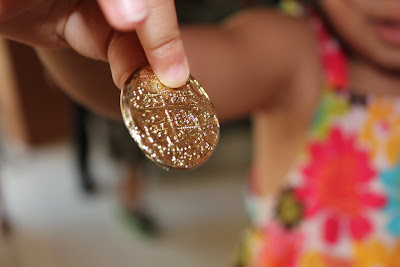 Pirate coins...not real, from the gift shop.  Everyone got a coin! 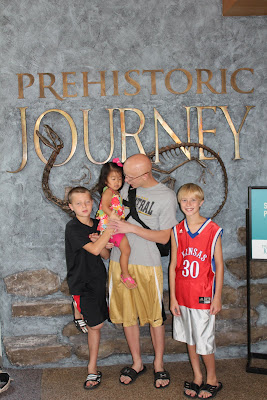 This museum is well known for their vast collection of dinosaur bones.  It was impressive.  Here are just a few shots of the bones we saw. 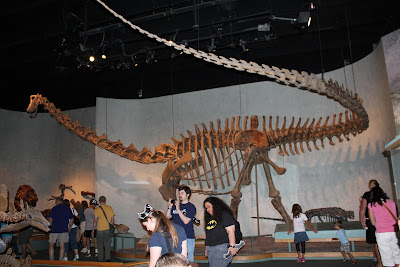 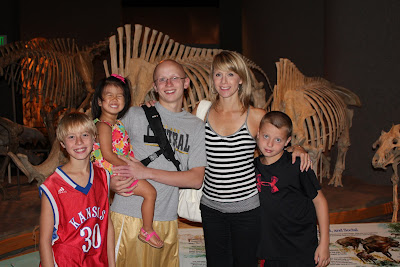 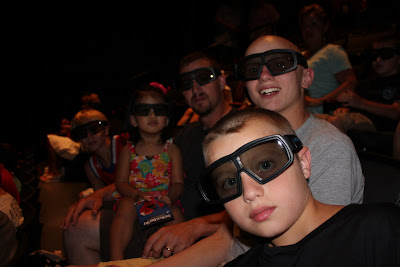 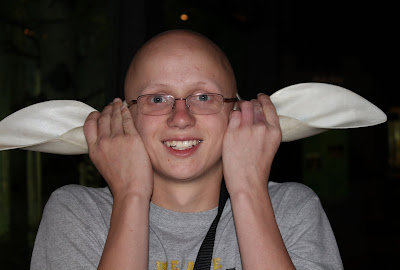 In the wildlife exhibit, Nick decided to try on "deer ears" to see how much better he could hear.  He said the improvement was remarkable.
(I almost stole them in hopes that he would listen to more than 50% of what I say.) 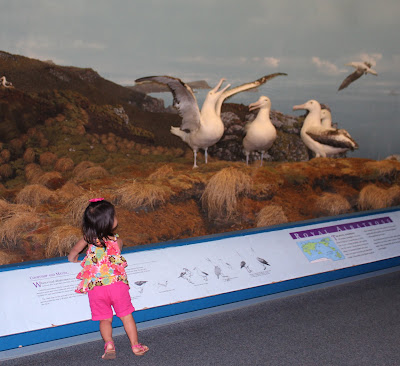 Addie looking at the Albatross birds.  They were nearly as big as she was!  We had a great day, and learned a ton too!
(One of the most interesting facts I learned was when the ancient egyptians mummified people, they took a long hook, stuck it up their nose, and pulled their brian out through their nose.  Oh yes...useful information!!!)
Tomorrow...Day #4﻿
Posted by Noel at 8:11 PM