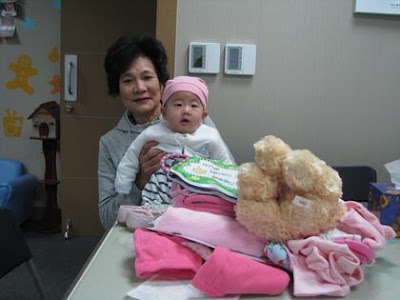 I’ve had quite a few people ask for the latest on the adoption, and realized, I hadn’t really haven’t posted an update for quite some time. So here it is: we are currently waiting on our Emigration Permit (EP) to be approved by the Korean government. It was submitted January 12th but we’re still waiting. They typical timeframe for an approval is is 4 weeks, but were already on week 5, so clearly that doesn’t apply to us. (Not that any of the timeframes have…really NONE of them have held true…it’s frustrating to say the very least)

So basically, were just stuck, waiting on the emigration permit. Nothing can go forward without this, so until we get that there will be no movement - we'll just be stuck…again. After we our EP approval, we still have another 6 weeks (give or take) until we travel. So, that means were probably looking at traveling in April, not March. And given our sorted history, that can, and most likely will, change.
Posted by Noel at 1:36 PM