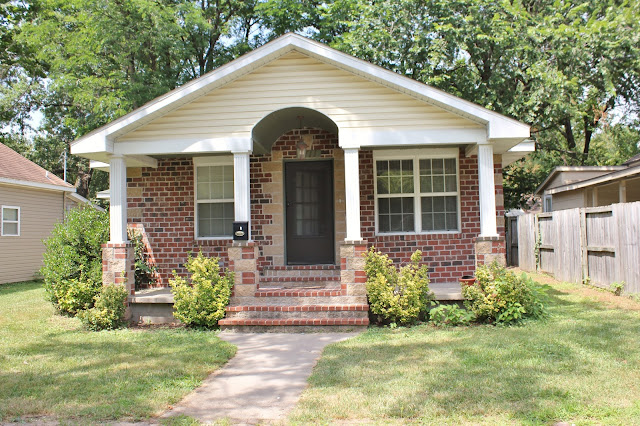 for Nick's sophomore year of college, he will be moving into a 3 bedroom house with a coupel friends.  Its a nice set-up - MUCH better than the dorms.  Here is a photo of the outside. 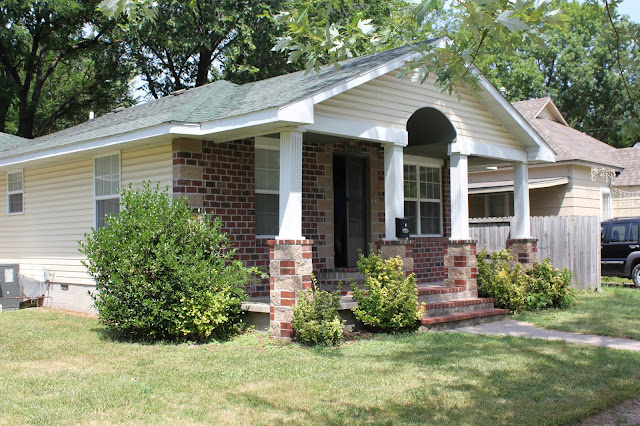 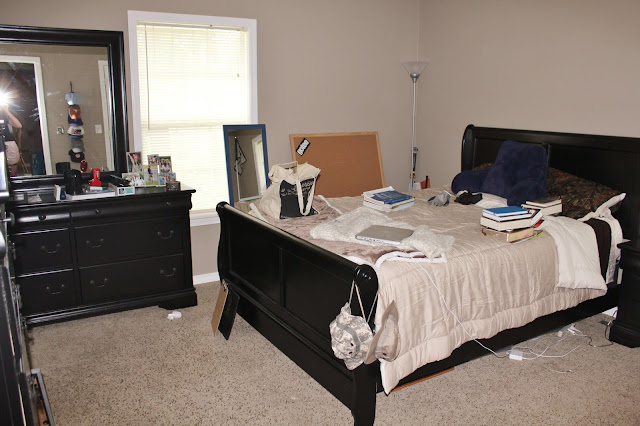 Here is his bedroom; messy, of course, but in his defense, we were still unpacking and moving him in. 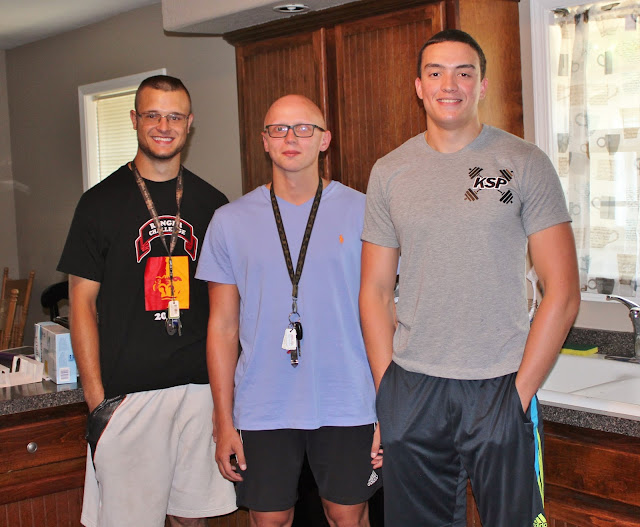 Here is Nick with his roomates: Jacob & Josh
all three boys are in the Army ROTC program whihc is how they all became friends.
Notice Nick's face which says, "Mom, really!?!??!" 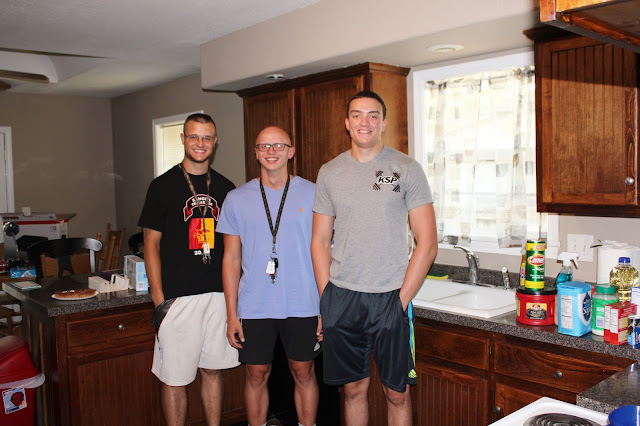 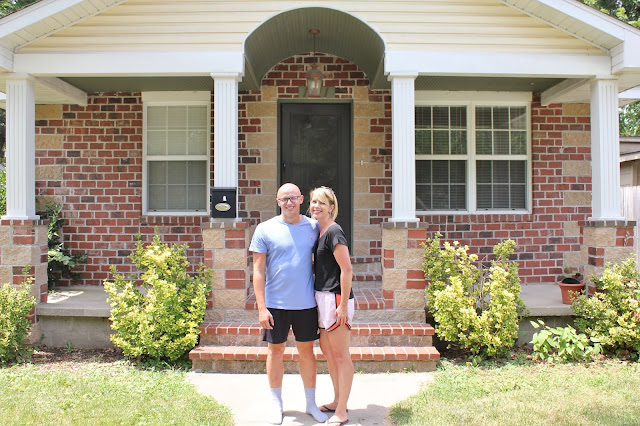 in front of the house. 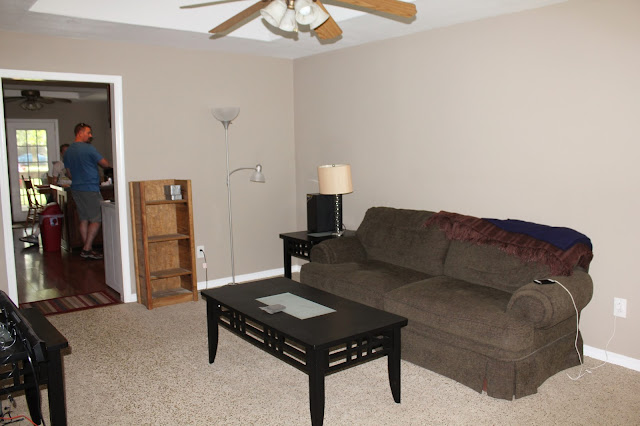 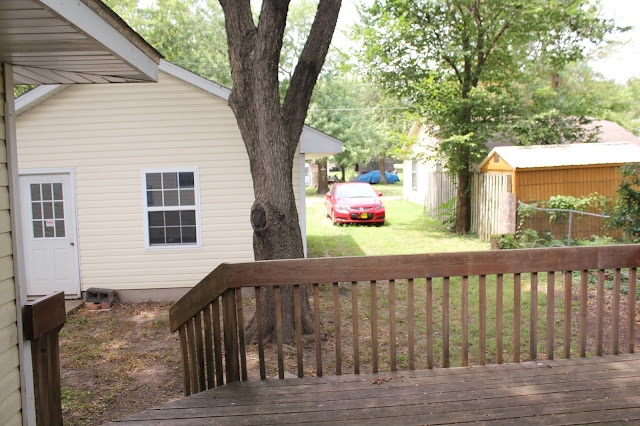 The deck, backyard and detached garage. 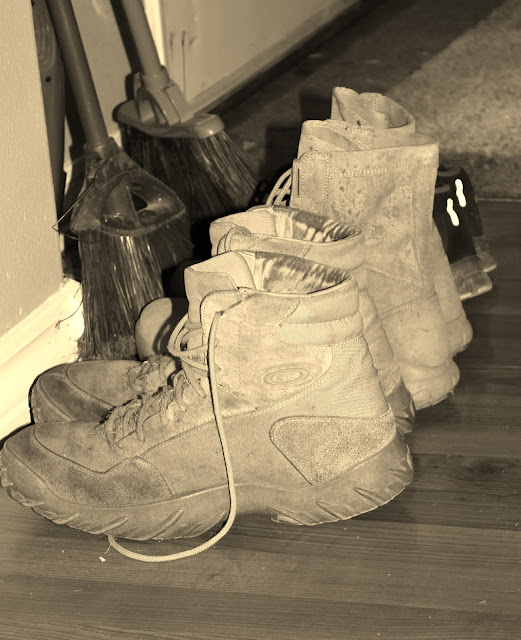 The many pairs of army boots by the back door. 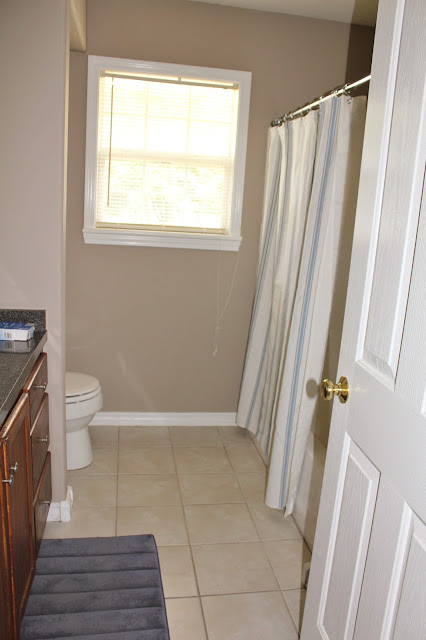 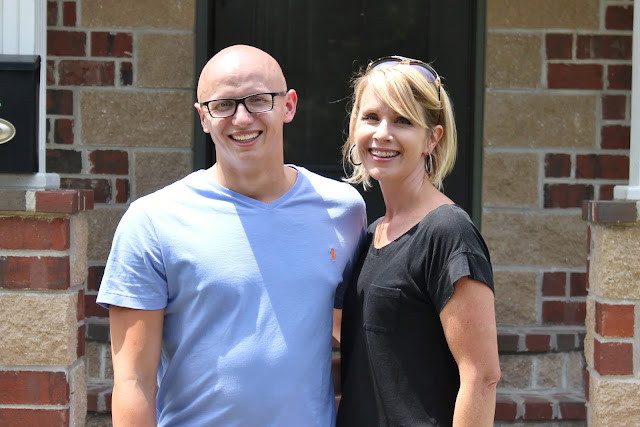