The Aroma of Christ 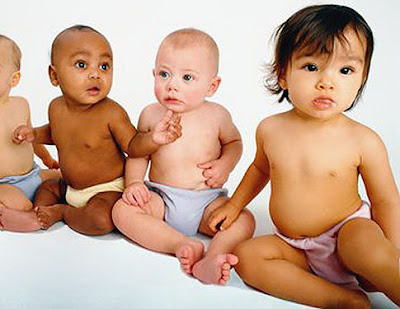 (How deal with insensitive people & comments)
I am, obviously, an adoptive parent. I like to read blogs (some being adoption blogs). I read adoptive parent forums. I have even read a couple books written for adoptive parents. I don't consider myself an expert; not even close, but I do want to say something to adoptive parents and I respectfully hope they'll listen.

Over the past few years, I have read MANY posts & articles written by adoptive parents about what everyone else should and shouldn't say to adopted children, what people should and shouldn't ask an adopted, and more specifically adopted, non-white child. I've read posts that lecture the general public about what they should ask, where it would be appropriate to ask it, what not to ask etc… and I'll be frank, it wears me out. I find all of the pointed advice overwhelming to the point of giving up, and I often hear a small voice saying, "forget it! I just won't ask you, or any other adoptive parent, anything about adoption since it's such a sensitive topic." After such articles my thought is always this, if I feel this way, how must the non-adoptive general public feel?!

Here's the reality; when a family decides to adopt, and more specifically, adopt a child who is of another race, then they have kicked the door wide open for curious questions because racially blended families aren't the norm. This isn't just a United States thing; they aren't the norm anywhere in the world. It is pretty much common knowledge that whenever you make a decision to go against social norms, you're inviting questions, opinions, and curious looks. This is reality, and it is a reality everywhere in the world because people who break tradition or don't follow "normal" paths ALWAYS get this reaction, no matter what country you live in.

For example, when a teenager dyes his hair red and spikes it into a four-inch Mohawk, people look. Why? -because it's not the norm. When a family chooses to have no TVs in the home, people ask questions; its not the norm. When a family moves half-way around the world to be missionaries, people question and inquire about it because it's not normal. If I'm going to be honest with you, I too am curious as to why people do these types of things . Why did that boy put his hair in a red mohawk? Why did you make the decision to not have TVs? What led you to uproot your family to be a missionary? I truly want to know. (…and I'll probably have an opinion about it too…but I promise to bite my tongue!)

Anyway, when people ask you, adoptive parents, about your child, this should be expected. This should not be a reason to take offense, and I firmly believe that many adoptive parents do take the questions in stride and see it as an opportunity to help others understand the need for adoption. It is also a great opportunity to share Christ if the conversion goes that way. After all, adoption is a beautiful picture of what Christ has done for His children. These "general-public questions" are something that will NOT go away, so may I tenderly suggest that adoptive parents learn to accept and answer them tactfully and with kindness. In doing so, we teach our child how to handle various people (from brass and offensive to sweet and curious) and their questions with grace that reflects Christ, honors Him, and opens lines of communication between people who adopt and those who haven't.

When we are rude, short tempered, and irritated after encounters with curious people, we teach our children to react the same way. We teach them to have a chip on their shoulder, to dislike people who don't understand, to be short with people who don't phrase a question 'just-so," to lash out when the question is insensitive. We should instead teach them how to be merciful and handle these situations tactfully and respectfully. (I'm not saying they, or we, have to answer every question…certainly not!!!) We should teach our children, and be examples of how to kindly decline to give out information without offending the questioner, thus showing the grace and mercy Christ has graciously extended to us.

This is part of our job as parents of adopted children; to prepare them for a world that may not understand them, so they, and we, can become little bridges of understanding that span the gap between those who have no idea why people adopt and those who do.

No, our adopted children didn't sign up for this; (but nether did the child whose blind, or the one with Cerebral palsy, or the quadriplegic ) but God has placed them, and us, in this situation and thus, it has become our God-given mission to honor Him by being examples of grace, gentleness and kindness; even when the questions are inappropriate.

Isn't this what the Bible calls us to do? Didn't Paul say, "I have become all things to all people that by all means I might save some." (1 Corinthians 9:22) Shouldn't we too strive to be like this so that maybe, just maybe, someone's mind will soften to the concept of adoption, or maybe even Christ? And maybe this softened heart will result in that person supporting an orphanage, a child, or loving their adopted grandchild more. Or maybe it will be that "pivotal moment" that God uses to change their hearts so they too follow God down the path of adoption.

I pray that we will, all be more like this. It is my prayer I am more like this so I can leave a legacy of kindness and an example of God's mercy for my children to follow. After all, God has been, and still is merciful to me even though I have denied Him, sinned against him, and deeply offended him, so it only makes sense that I, in turn, extend that mercy to others and in doing so be "the aroma of Christ."