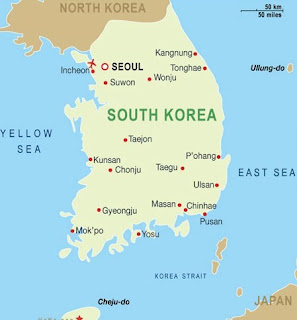 Why did we choose to adopt from Korea? Well, honestly the country chose us. I know that sounds weird, but really it wasn’t out intent to start there. For many years I always wanted to adopt from a Spanish speaking country. I have my degree in Spanish and obviously speak it . I have taught in many schools where 90% of the students were native Spanish speakers and through these experiences have learned much about various cultures. I had lofty visions of teaching my daughter Spanish as she grew up, and seeing her blossom in my care.
Well, that clearly didn’t pan out! By the time we arrived at the decision to adopt, there were no such countries still open for international adoption. So clearly this door closed. We then researched China, but the waits were too long so we went back to the drawing board. We then considered the Philippines and for various reasons, that door also closed. We were too young to qualifiy for the Ethiopia program (Who knew?!) I was quite frustrated at this point so I called Holt (our agency) to explain our situation. The lady on the phone said, “Well, it looks like you fit all the criteria for the Korea program.” With that, I called my husband and we decided to go ahead with the Korea program. This is why we say we didn’t choose Korea. It chose us. Actually, I have to say, God directed us to Korea because He knew our daughter was there.
Posted by Noel at 5:59 AM