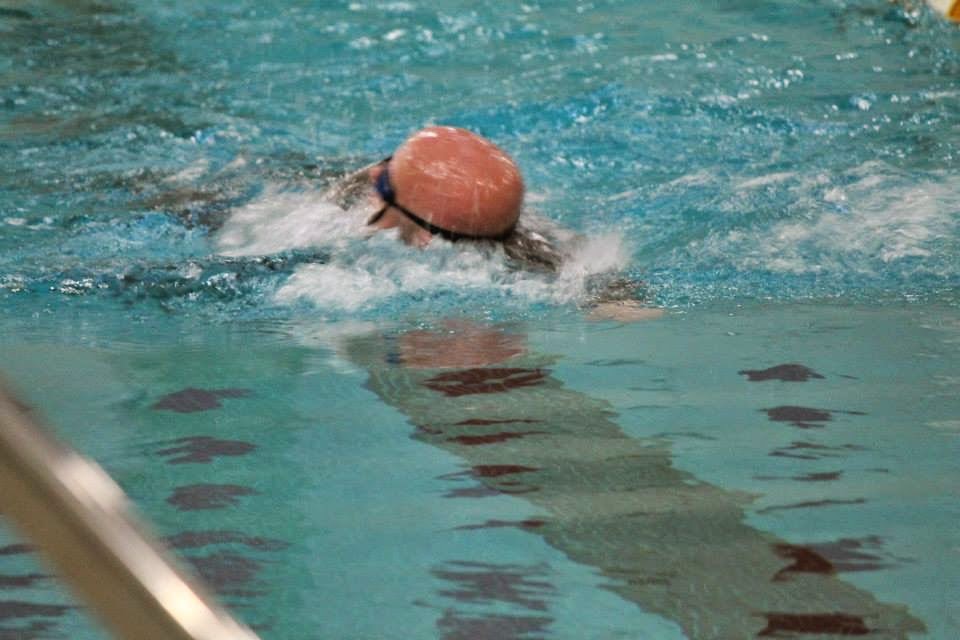 Nick is in the Army ROTC program at college and a few weeks ago he completed his German Armed Proficiency Badge.  He had to swim, shoot, ruck, and other various physical activities.  Each had to be done in a certain amount of time in order to achieve a gold badge.  If you fell below the gold standard in any area, you earned a silver.  Here he is swimming laps in his army uniform. 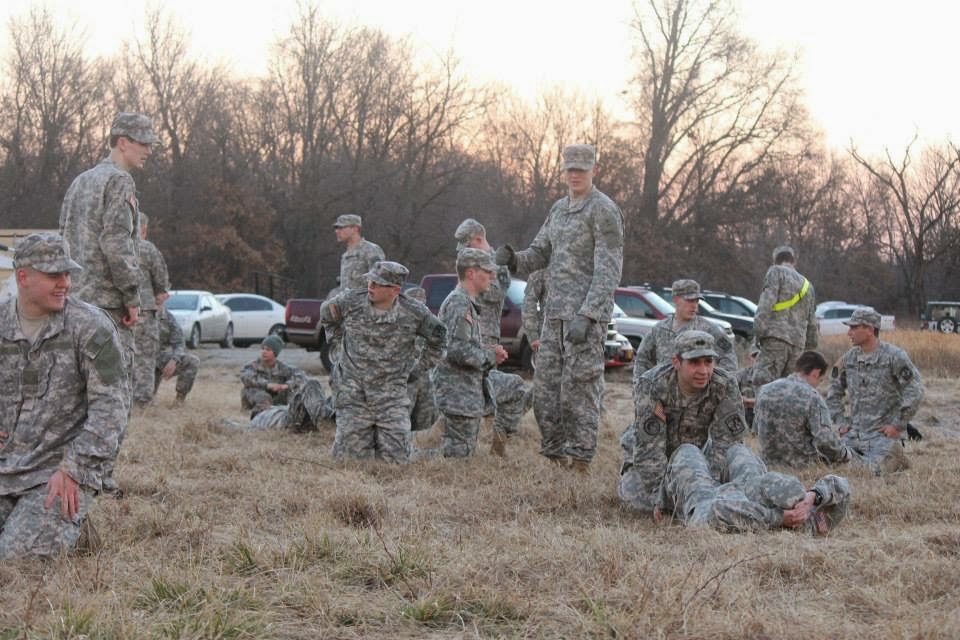 This picture was taken right after his run.  The weather that weekend was VERY cold! 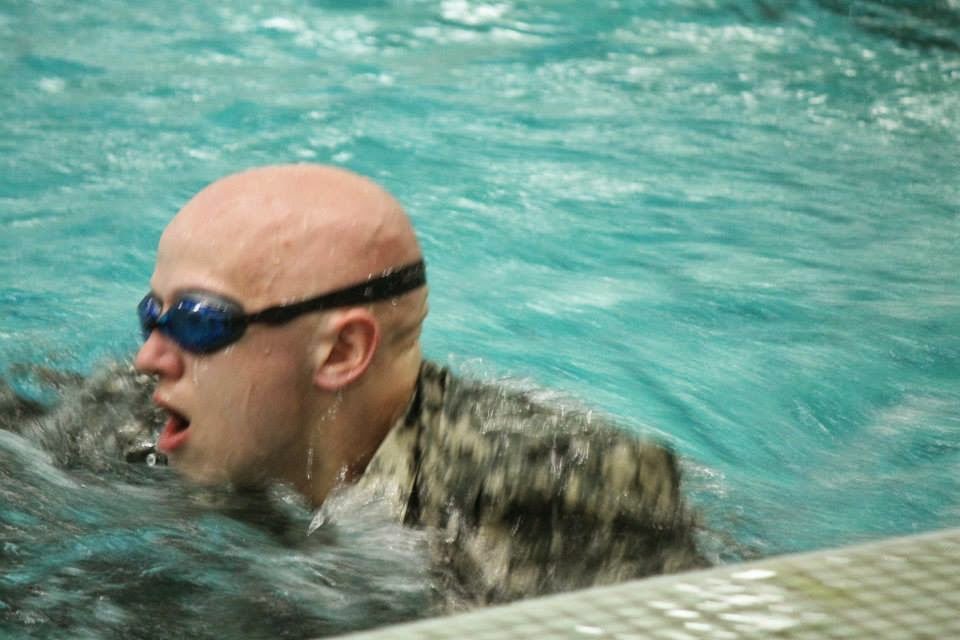 More swimming - in fatigues - sounds awful to me!!! 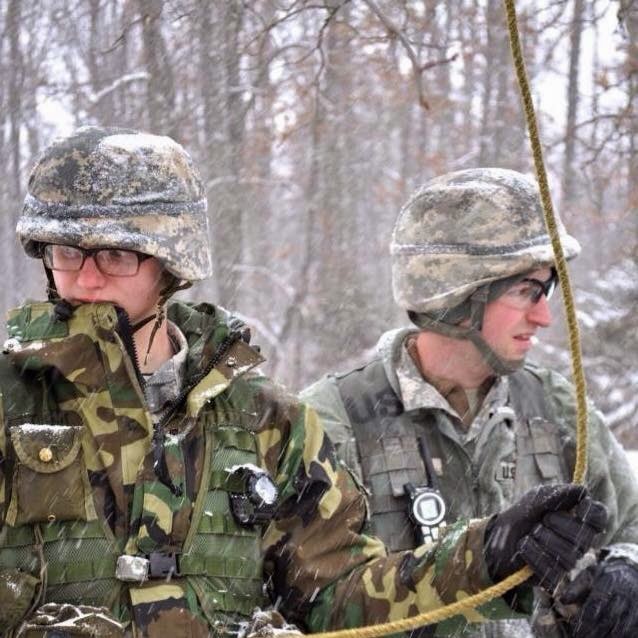 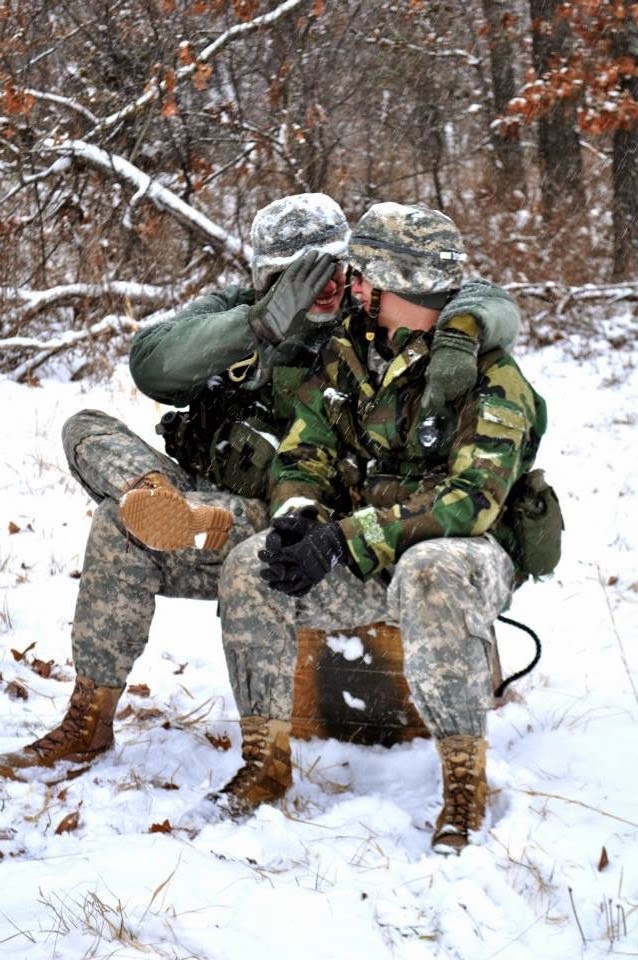 Here he is taking a break with a friend who didn't want his photo taken. 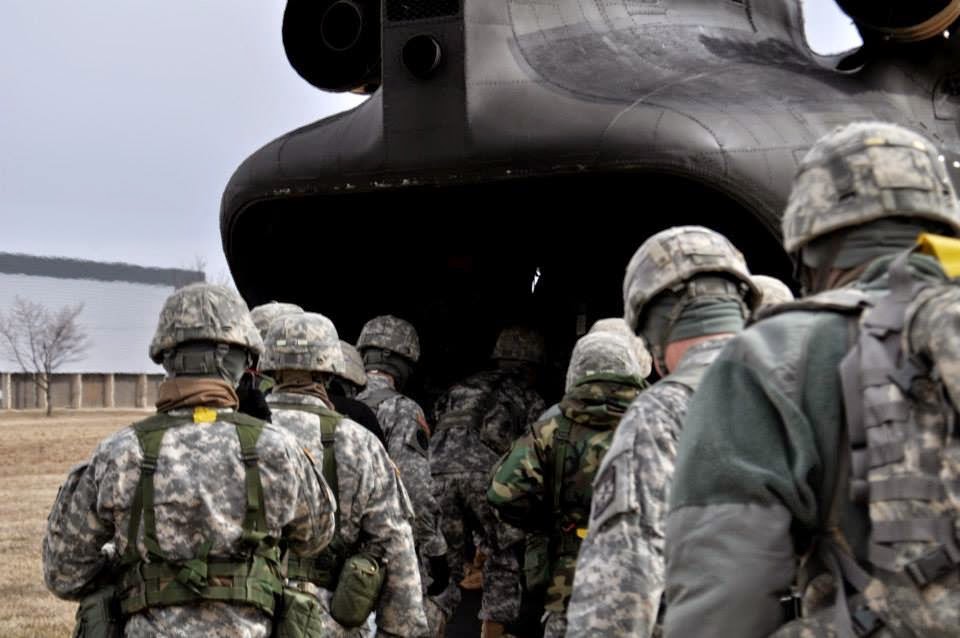 Nick getting on a helicopter  ready to fly to a location. 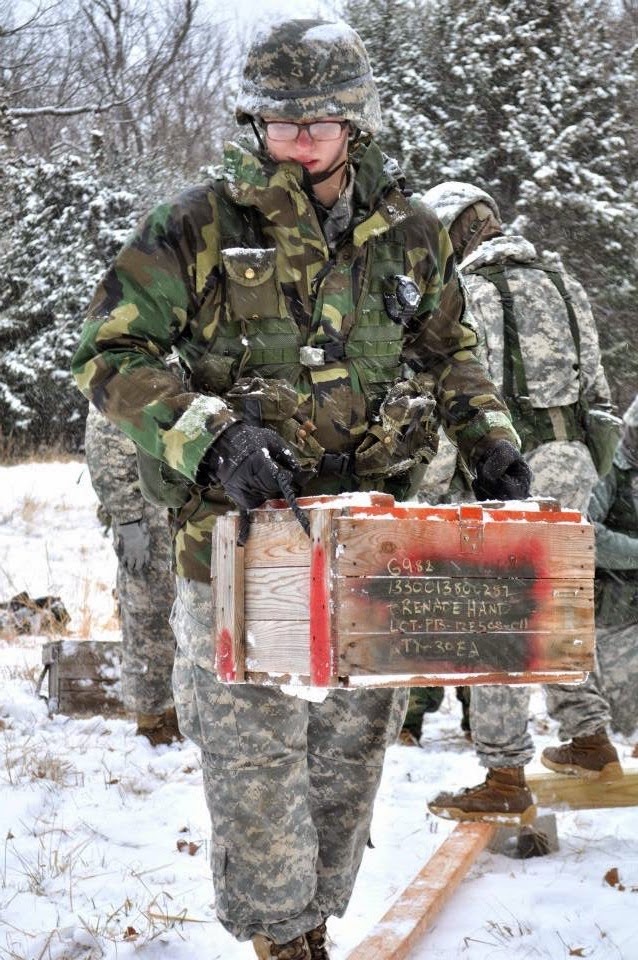 He had to cross the "minefield" on the wooden planks you can see on the ground.  They were not allowed to touch the ground. 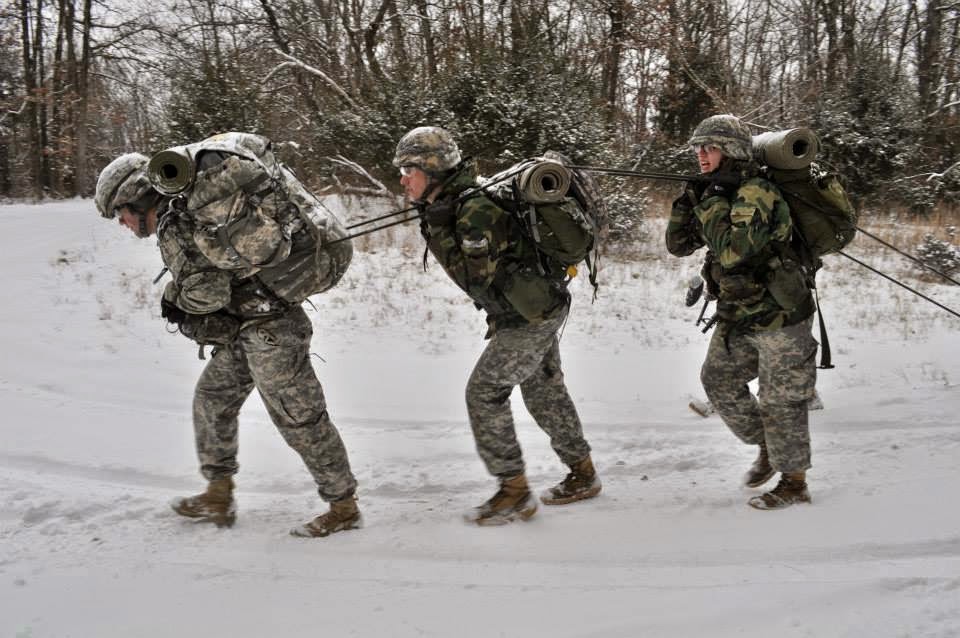 Here is pulling the Flintstone car.  He and his fellow cadets had to pull it three miles.  It looks perfectly miserable to me!! 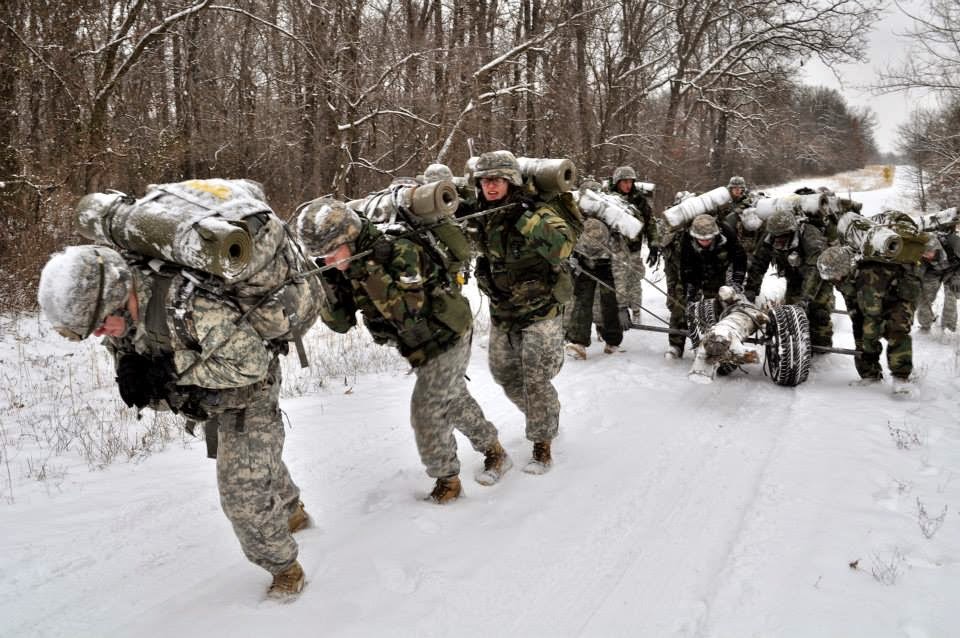 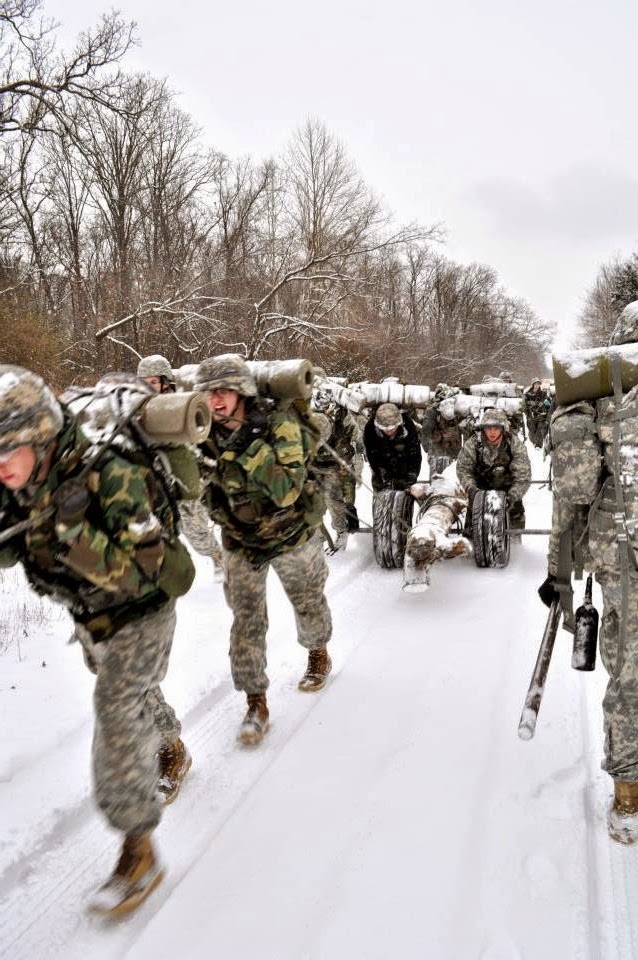 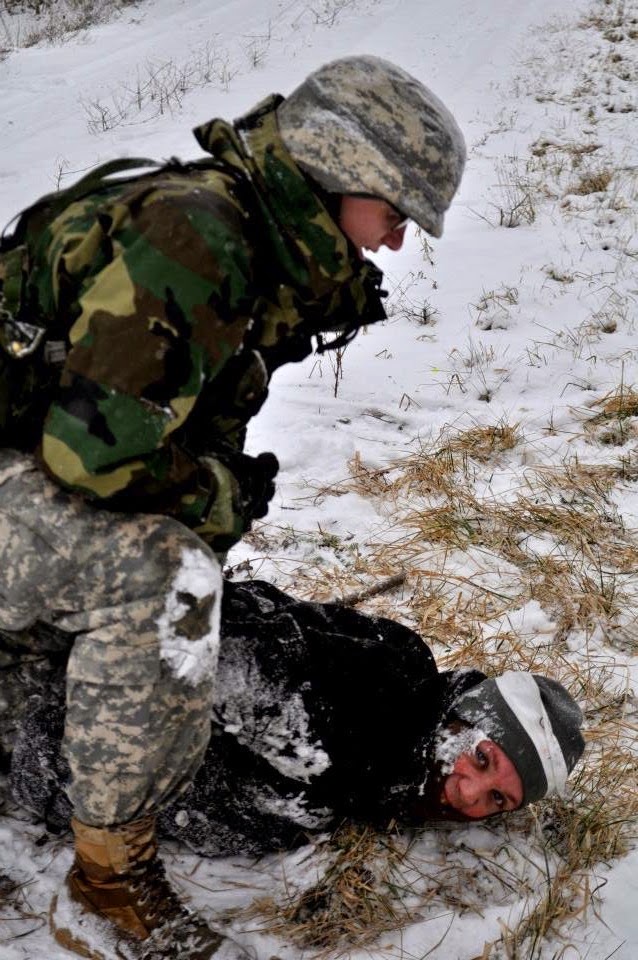 Here is Nick "arresting" a cadet that was resisting arrest. 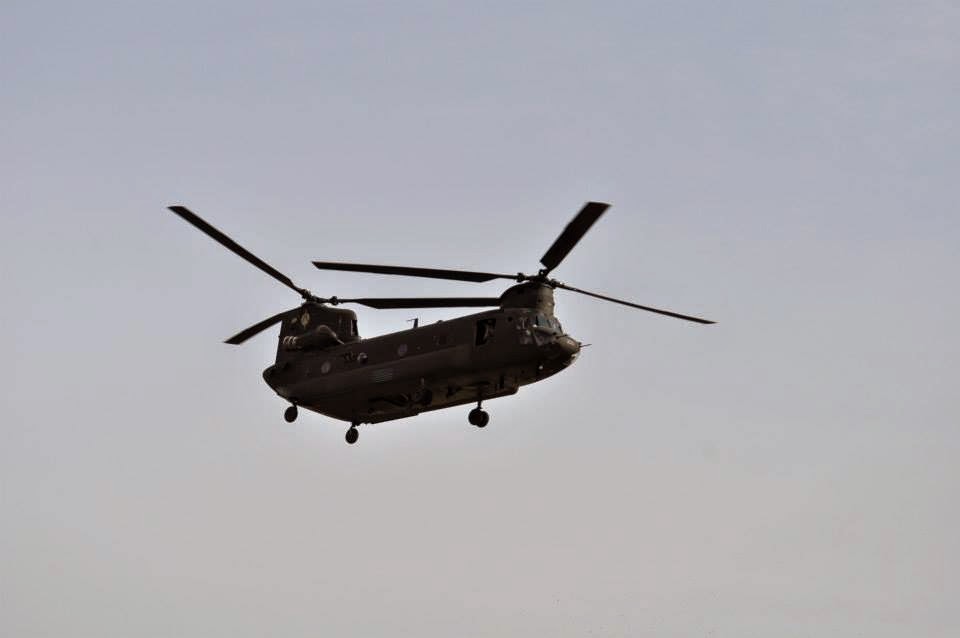 Here is the helicopter called a "Chanook" that transports soldiers. 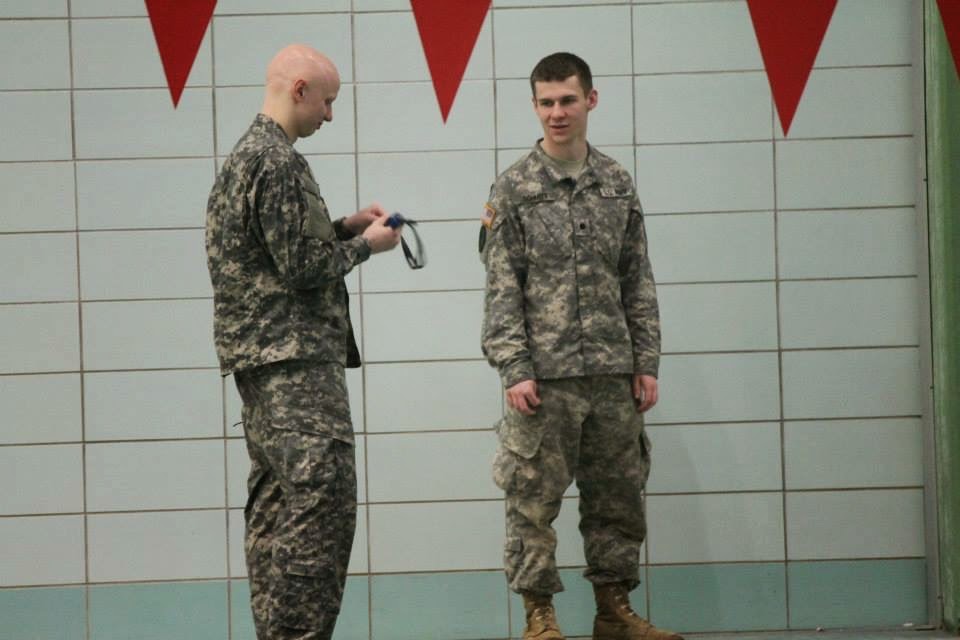 Here is a photo taken right after he finished the swimming part. 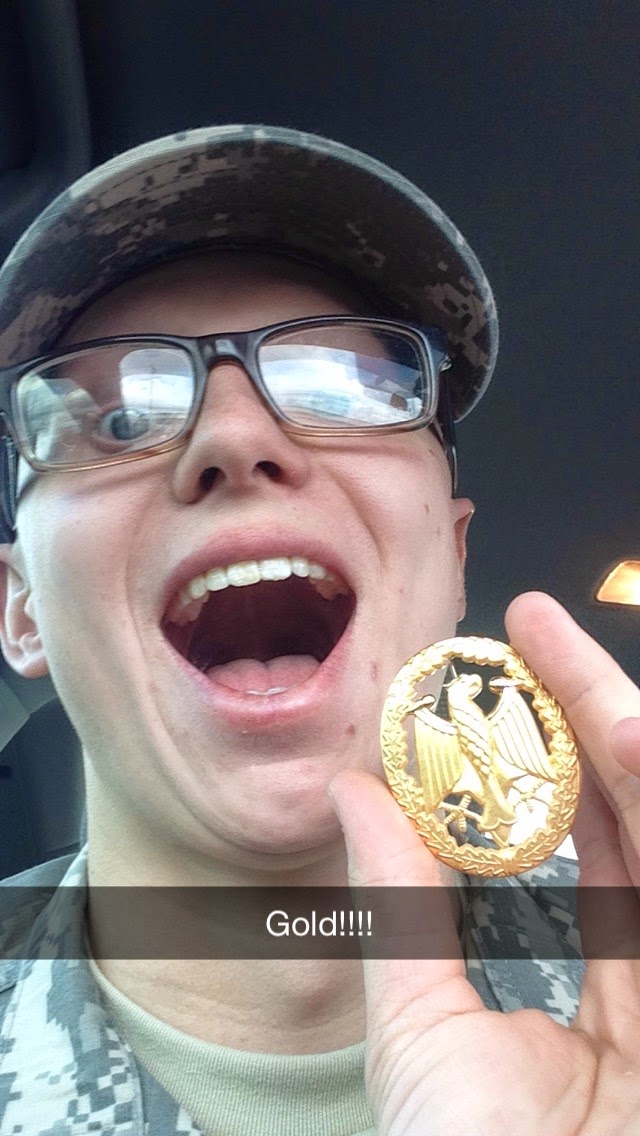 I am SUPER proud to tell you, he was one of the few to earn the gold badge!!!  He will now be able to wear that on his uniform forever.  He was so happy as you can see!
Love you kid. Am so proud of you!