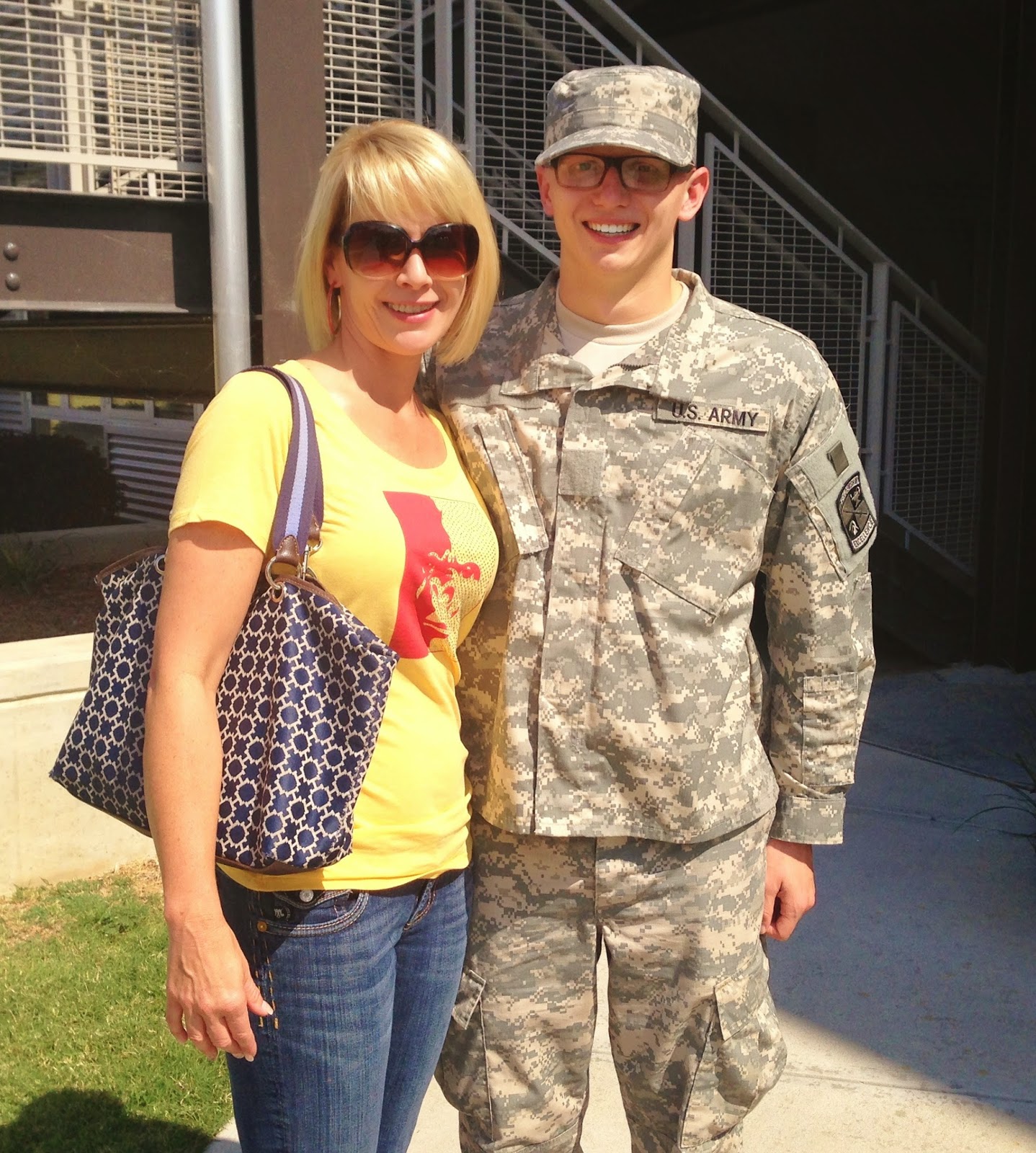 This past weekend was family weekend at Nick's College so we drove down and spent the entire weekend there.  It was SO nice to see my boy!  I miss him SO much.  He is in the Army ROTC program and they do a lot at the football games so he had to wear his uniform to the game.  I get chocked up every time I see him in it. 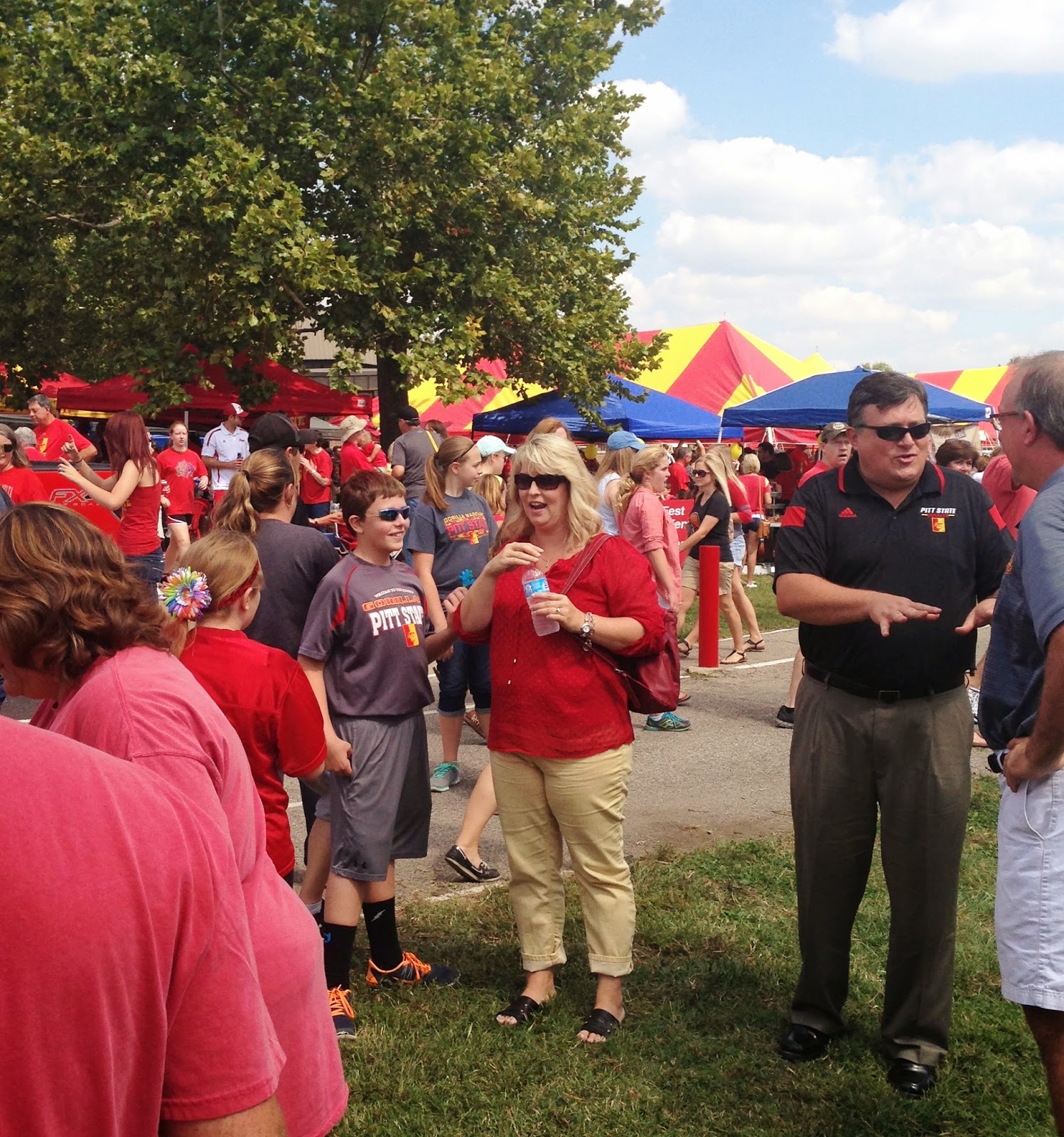 I had NO idea but clearly tailgating before the game is a HUGE deal.  Everywhere we looked there were tents, grills, and people tailgating.  It was impressive and the pictures don't' do it justice. 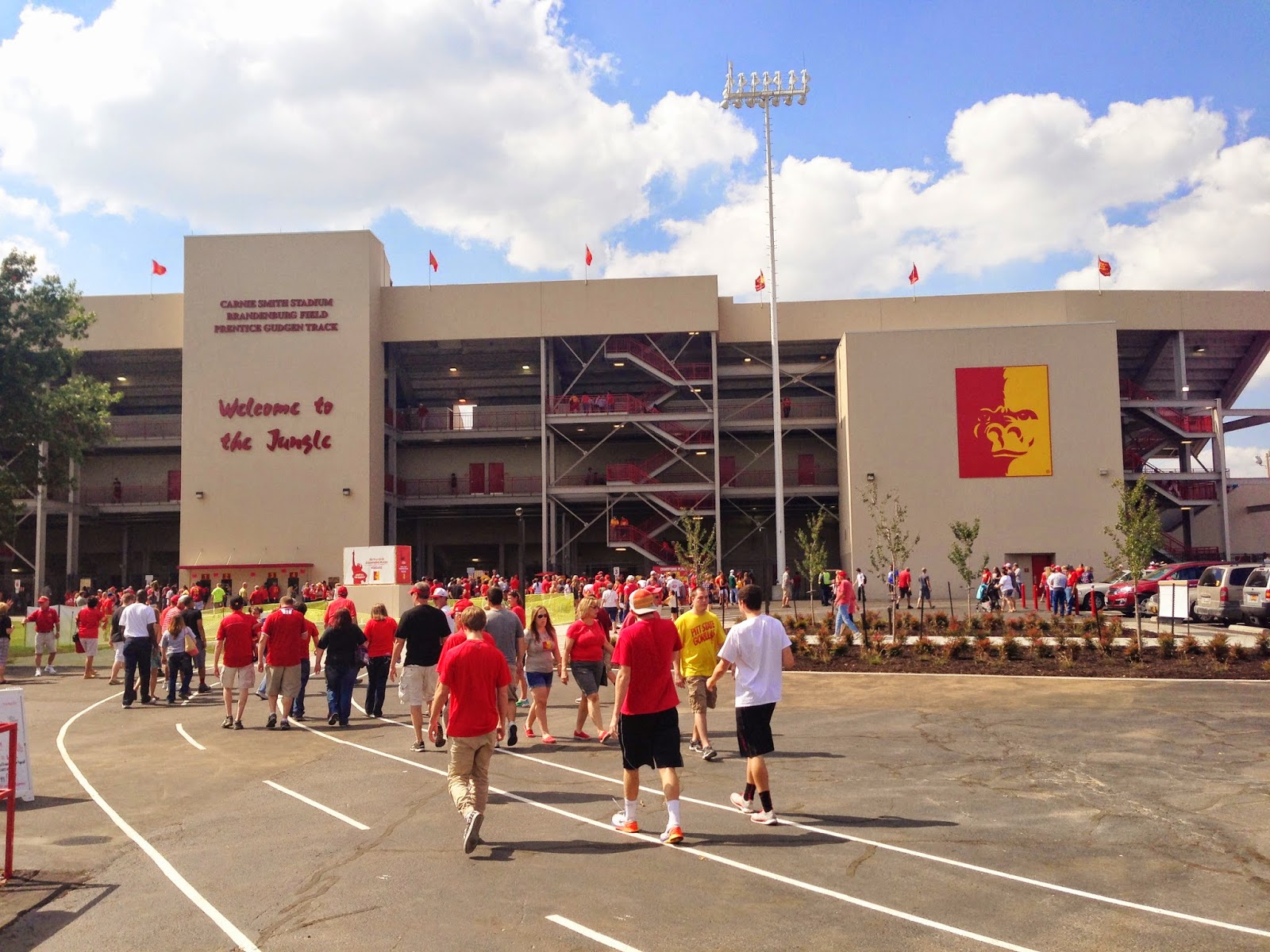 Here is the stadium. 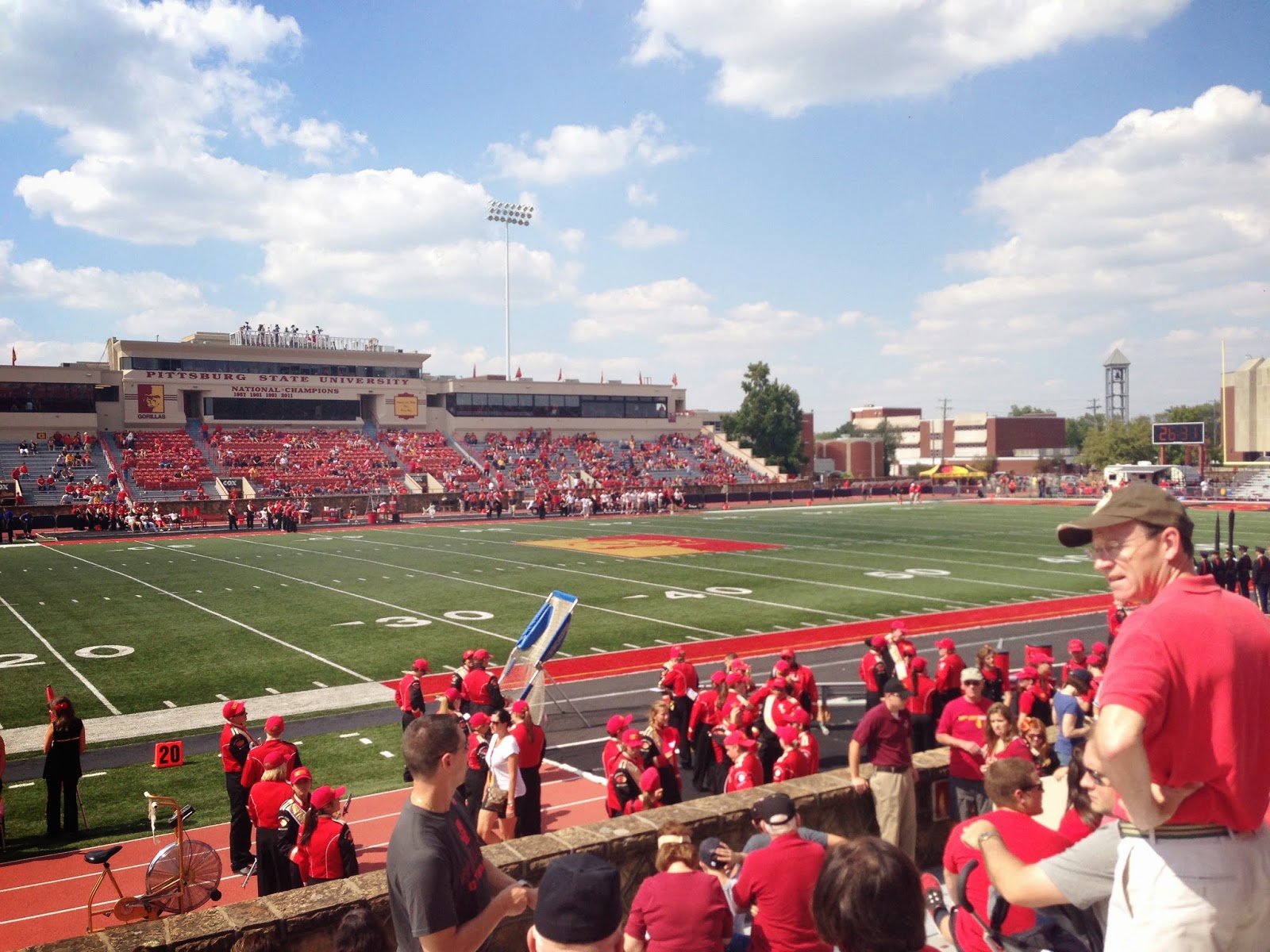 A picture of the field.  In the upper right-hand corner of the picture is the Army ROTC kids.  They shoot off a canon when they score and the recruits do push-ups.  Its really neat how the ROTC program is so involved in the games. 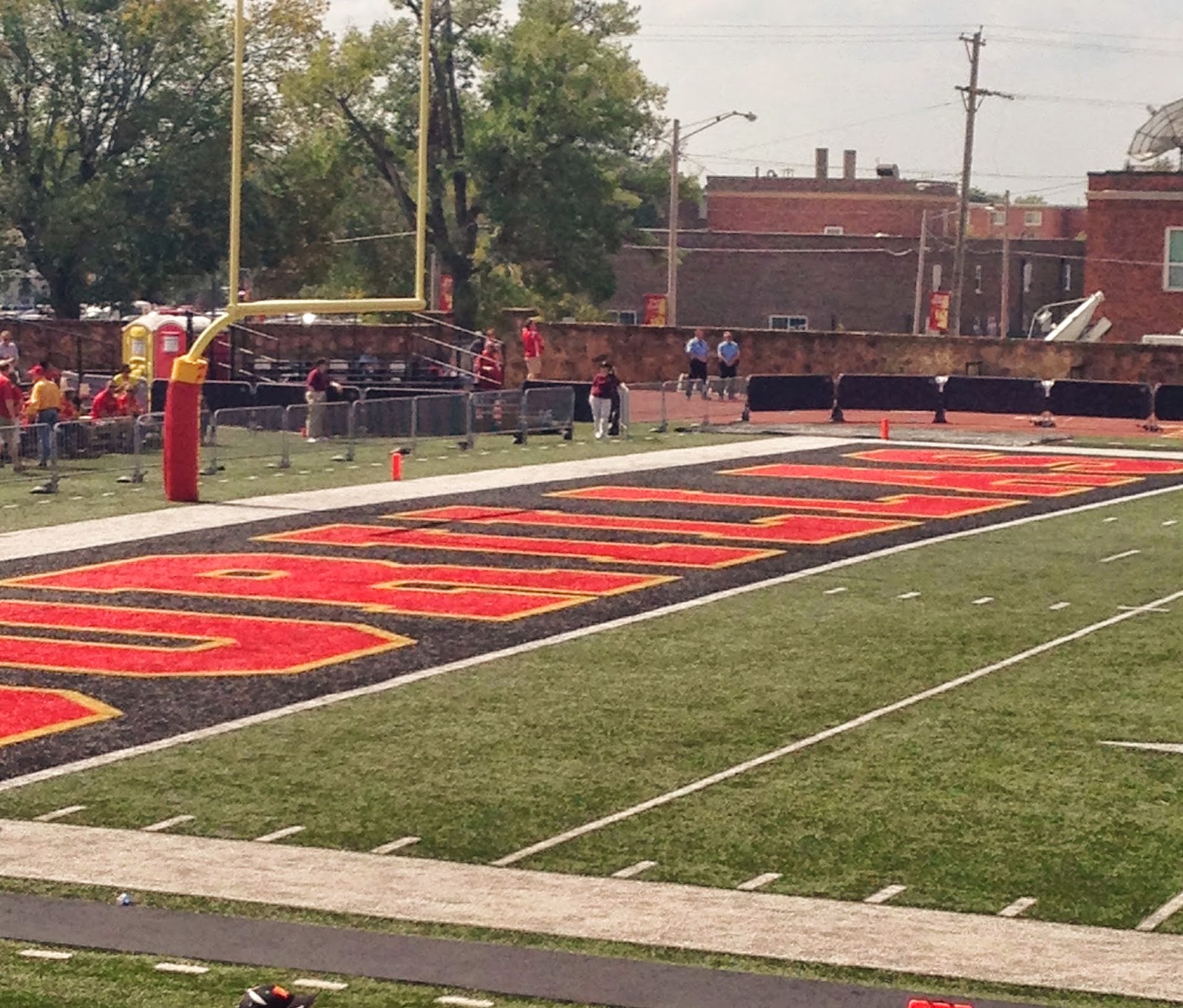 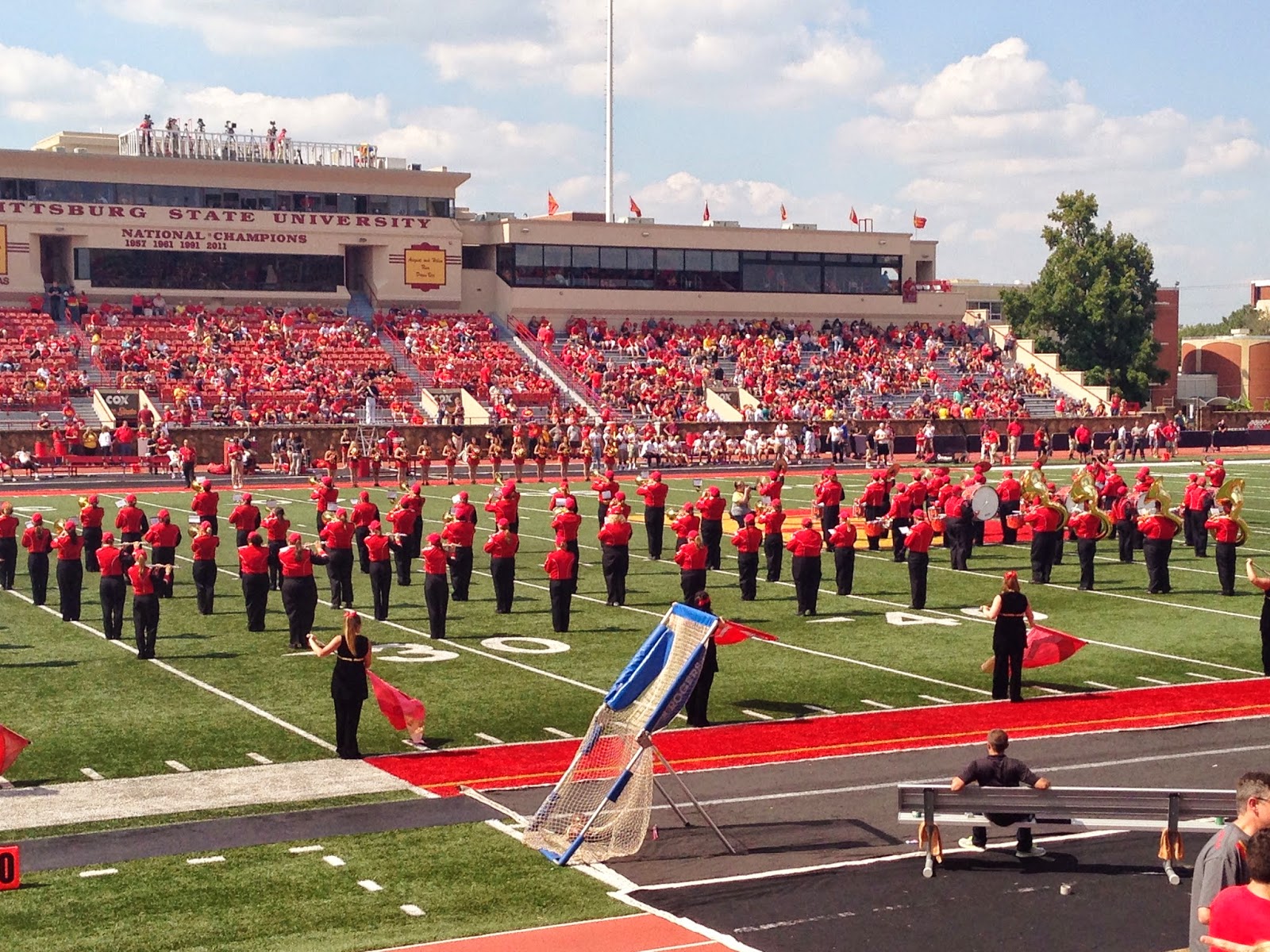 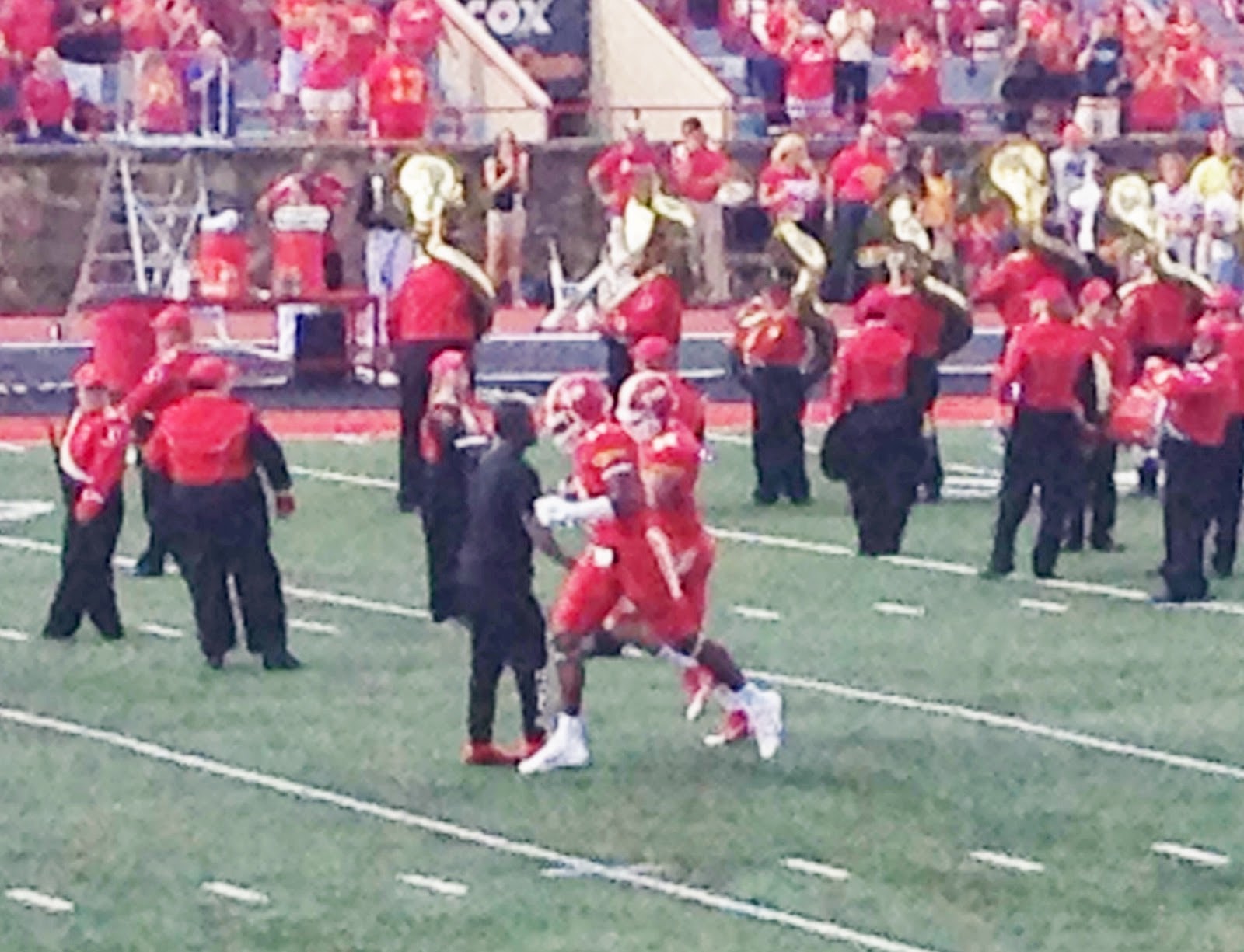 The guy in the black greeting the players is John Brown (#12) who is now a Wide Receiver for the
Arizona Cardinals!  He came to visit his Alma mater and talk with all the players.  It was neat he made the visit! 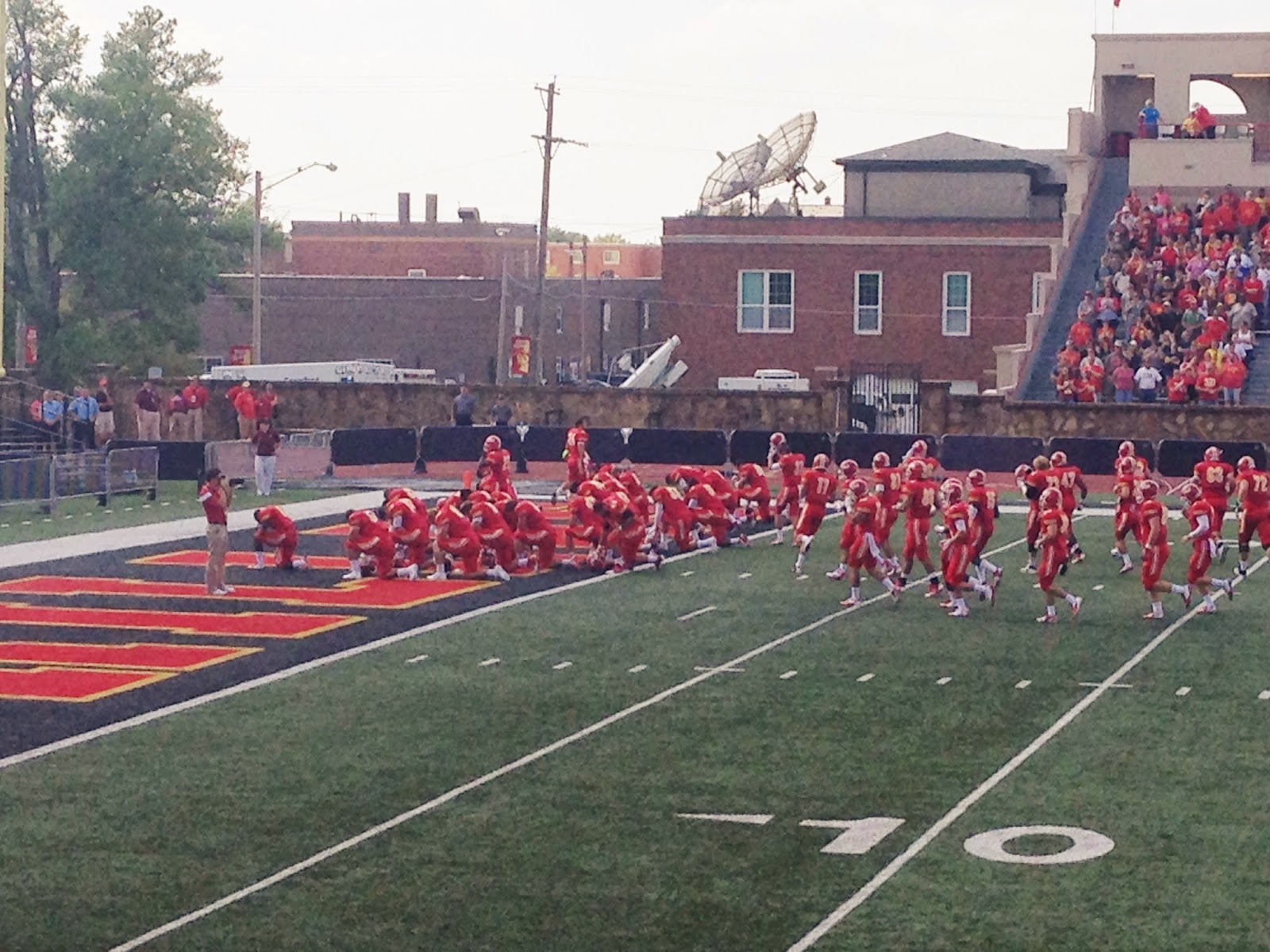 As the players ran onto the field, some continued into the end zone, knelt down and prayed.  I really liked the open show of faith by many of the players. Here is Gus the Gorilla - the Mascot.  he was throwing little football is into the crowd. 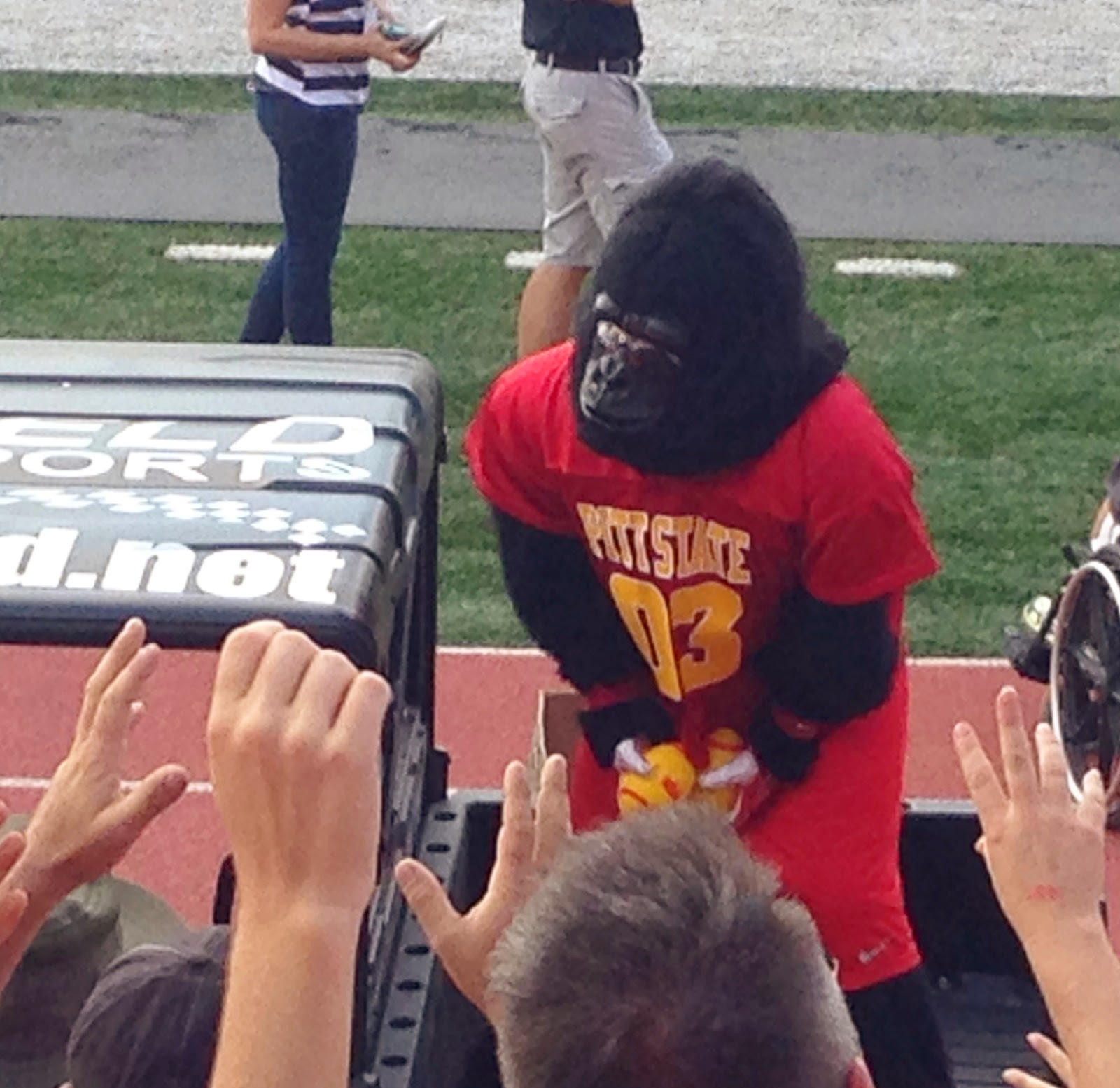 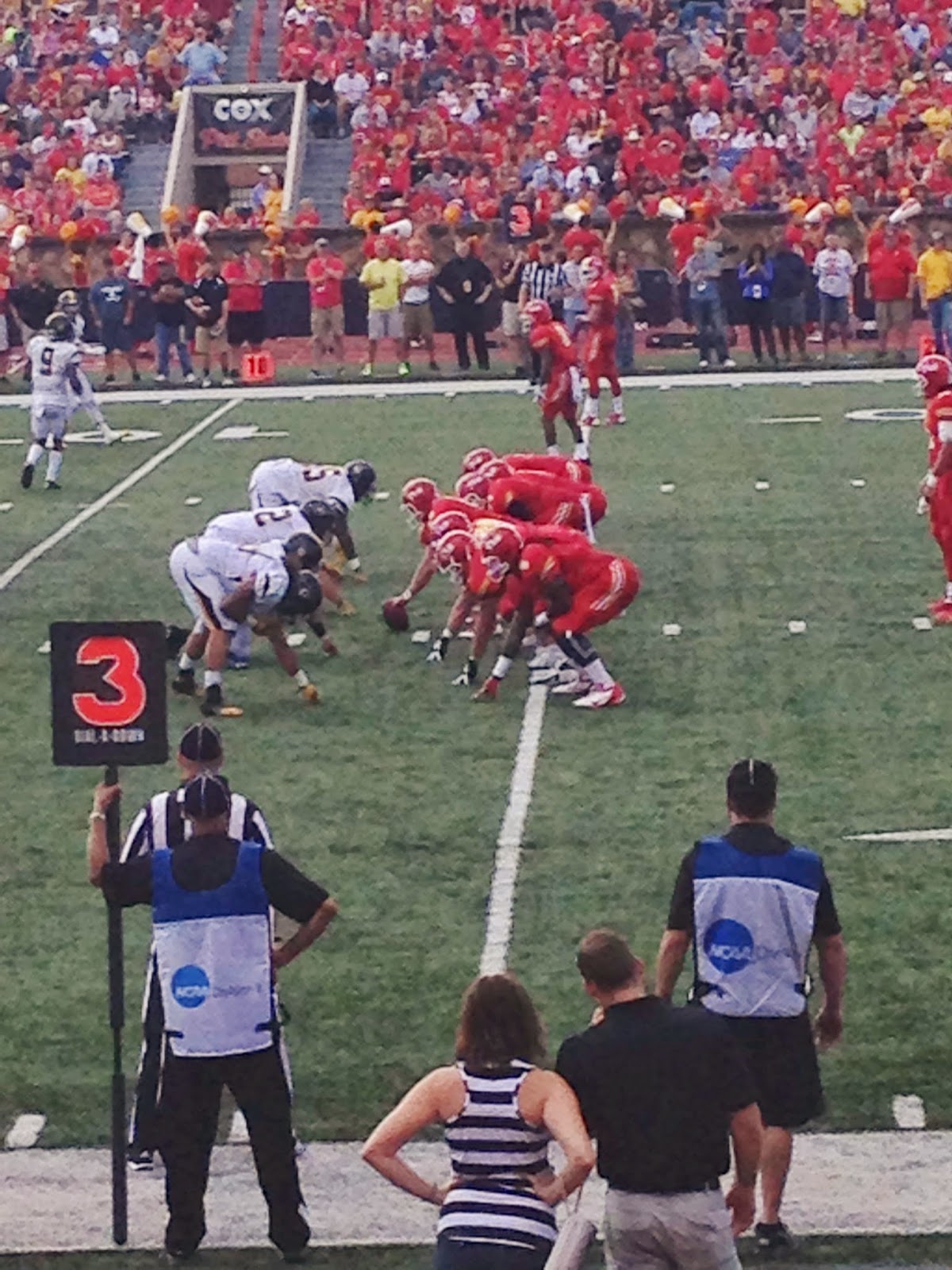 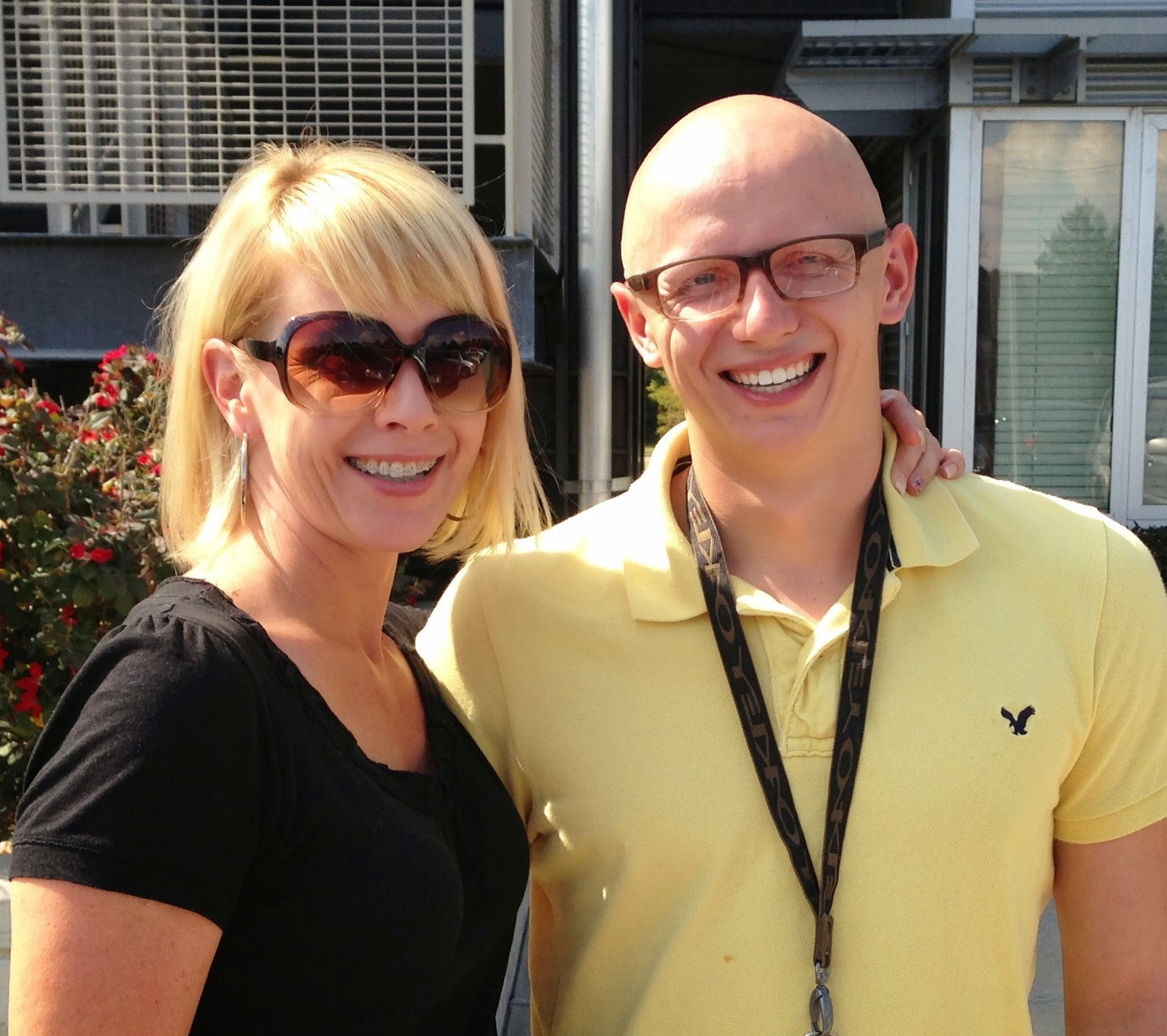 On Sunday, Nick took us to the church he attends and then we went out to lunch.  I loved seeing my boy, but I still cry when I tell him good bye.  I'm not sure that will ever change, but I'm SO proud of him and I'm thrilled to be his mother.
Posted by Noel at 7:00 PM