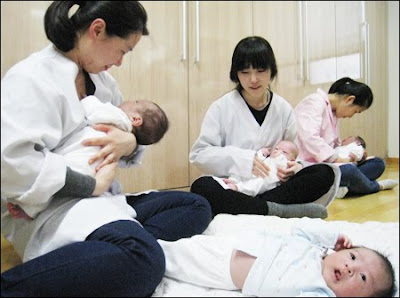 Unfortunately, the number of Korean babies needing permanent homes is growing, not diminishing. Obviously, having children stay in their country of birth is best and would represent less loss for children in need of adoptive homes, but unfortunately this is not always an option. In Korea, there is still significant prejudice against adoption, which has prevented many children from finding forever families in their native country.
Unfortunately, Korean laws have restricted the amount of children who can be adopted internationally in hopes that domestic adoption will grow. Each year the number of children who are permitted to be adopted internationally is cut, and although domestic adoption has increased, it still is not enough. This article exposes the need for more people to adopt Koreans orphans, and the need for their government to think more about the babies waiting for families, than the numbers published in newspapers.
How sad that a politician can say, “I’ve reduced the number of international adoptions,” and yet have an increased number of babies languishing in foster care waiting for families who are available, but not allowed to adopt them.
Click here to read this compelling article
Posted by Noel at 12:52 PM