The Case for (early) Marriage 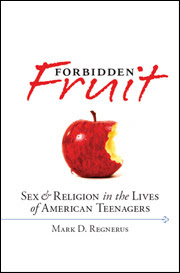 I read a very thought provoking article over at AlbertMohler.com about marriage. In it, he is reviewing a book entitled Forbidden Fruit; Sex and Religion in the lives of American Teenagers, by Mark Regnerus. This particular paragraph really struck me.
"As he (Mark Regnerus) observes, “The importance of Christian marriage as a symbol of God’s covenantal faithfulness to his people — and a witness to the future union of Christ and his bride — will only grow in significance as the wider Western culture diminishes both the meaning and actual practice of marriage. Marriage itself will become a witness to the gospel.”
Yet, marriage has always been a witness to the gospel, even as it existed in anticipation of the gospel. From the very beginning of the Christian church, marriage has been an important dimension of our witness to Christ and to the covenant of our salvation. In so many beautiful ways, marriage points to the very character of God."
I was also moved by his concluding arguments:
"Mark Regnerus certainly drives the point home when he argues that “when people wait until their mid-to-late 20s to marry, it is unreasonable to expect them to refrain from sex.” Nevertheless, Christians are called to a moral standard that, by any secular standard, is profoundly unreasonable. I would prefer to argue that the delay of marriage is unwise, not only because of the demonstrated risk of sexual immorality, but because of the loss of so much God gives to us in marriage."
What are your thoughts? I'd be interested to hear some opinions on this subject.
Posted by Noel at 1:10 PM